FRAMINGHAM – In May, Jasmyn Beatty, 28, was found murdered in her Framingham apartment. There has been no arrest.

Between 2010 and 2017, there were no murders in the Town of Framingham. But since Framingham became a City in 2018, there have been four murders.

In October 2019, Jamia Ammons-Maddry was stabbed to death in her Interfaith Terrace apartment. Her boyfriend, Christopher McCoy, was charged with murder.

In January 2020, James Wade and his father, James “Manny” Wade, were shot to death in a parking lot near Beaver Park Terrace. Aneudy Eric Delgado-Torres was charged with the murders.

The City has also seen an increased in attempted murders and shootings too since 2018. A bullet pierced the window of the Pelham Center and gunfire happened at a Framingham restaurant.

Downtown businesses have seen an increase of smash & grab robberies.

Neighborhoods all over the City have experiences motor vehicle thefts and vehicle breakins.

And downtown Framingham is dealing with a increase in assaults and robberies.

SOURCE asked the three mayoral candidates on Tuesday, September 14th’s ballot “Do you think Framingham is a safe place to live, raise a family, or grow old? Why or why not? Below are their responses (alphabetically).

The three mayoral candidates are (alphabetically) Charlie Sisitsky, Yvonne Spicer, and Carlos Valadares. Voters will go to the polls on Tuesday, September 14, between 7 a.m. and 8 p.m. and vote for one individual for Mayor.

The two individuals who receive the most votes will appear on the Tuesday, November 2 ballot. One individual will be elected for a 4-year term to begin on January 1, 2022.

Charlie Sisitsky: Like any city, we face our challenges, but Framingham is a great place to live, to raise a family, to work and to enjoy life. It’s a community of beautiful, livable neighborhoods and wonderful neighbors. Framingham remains strong in ethnic, racial, and cultural diversity.

While we have learned from the past, we need to face the future with a fresh, new, and
energetic vision. To build a better city with great restaurants, new construction, new housing, and to reduce crime; it all starts with all of us getting involved with our local government.
We need to do more to holistically address the concerns of residents and business
owners about public safety in the downtown area. Together, our government and its
constituents have the knowledge and resources to identify and remove the sources of
crime, drug use, and juvenile delinquency in Framingham.

The links between poverty and social disadvantage and crime and victimization have
only demonstrated that many agencies need to work together. If elected, I will create a
detailed plan with public input, as well as input from boards and commissions for federal
and state grants, earmarks, and programs to support our City and help address public
safety.

As Mayor, I will work with community stakeholders across the board to organize
services for individuals who are experiencing mental health issues, homelessness and
may be impacted by substance use disorder. Efforts such as this will reduce the heavy
expectations that are placed on the Framingham Police Department, and will free up
their resources for other needs.

My framework for using community-local government partnerships to reduce crime shall
include the following:
• Recognizing crime and safety as a quality-of-life issue.
• Working across jurisdictional boundaries.
• Recognizing the crucial role of political leadership.
• Developing tools and measures of success that involve the community and victims of crime.

Yvonne Spicer: Absolutely. For a city of our size, our crime rate is low to average. I am proud of what my administration has done over the last 3.5 years to make Framingham safer for all from our young people to our senior residents.

When we discuss community safety, the conversation is often limited to our police force. In my
first term I renegotiated the police contract outside of civil service, greatly improving our
recruiting and hiring process. I also enacted common sense reforms on police use of force such
as banning chokeholds and increasing police accountability to the community. We established a diversion program, where embedded social workers join police officers on calls to ensure we
have a suitable response to the emergency at hand.

But our conversation about safety cannot be limited to policing alone. The pandemic, uprisings
against racial injustice, and growing climate crisis have shown that our approach to safety must
be as multifaceted as the risks we face. My administration worked overtime to make
Framingham number one in vaccine equity communities, organize wellness calls to thousands of seniors, and utilize federal funds to fight food and housing insecurity during the pandemic.

We declared racism a public health crisis and took substantive steps to address systemic racism by appointing Framingham’s most diverse set of boards and committees to date and hiring
Framingham’s first Chief Diversity, Equity and Inclusion Officer. And we laid the groundwork
for climate action and environmental justice by massively expanding solar energy in municipal
and residential buildings, starting the long overlooked cleanup of the General Chemical site on
Leland Street, and hiring our first Sustainability Coordinator who generated $4.8 million in
energy efficiency and resiliency programs in public buildings and small business incentives
across the city

Our city is safer today than it was four years ago, and not just from crime. We are taking a
holistic approach to build a safer, more resilient community by dealing with root causes, not
Band-aid solutions.

Carlos Valadares: No, because we have let the downtown and other parts of the community get completely out of hand. Anyone who’s driven through the center of Framingham in the last 10 years can tell you that Framingham is not a safe place for everyone to live

. There are certainly parts of Framingham that are safe, but as elected leaders, we cannot be satisfied until this applies to everywhere in the community. I don’t like when I hear people talk about the north and southside of Framingham as if they are different towns, we are one city. Framingham is not a safe place to live until it is a safe place for all, and we have many residents in a bad situation. I hear the same thing all the time, when the northside needs something it gets done right away, and when the southside needs something, it gets pushed off. There are economic disparities between these two sides, but beyond that we are starting to see the effects of the disparities in City Hall’s treatment as well. Favoritism to the northside does not have any long term benefits for the community as a whole. I don’t think anyone from the north side is happy seeing the southside fall behind, and it’s only going to get worse if we don’t change.

I want to put downtown and the southside of Framingham back on the right track. This is the best thing that we can do for our young city. We have to set up every part of it for long term success. Step one is to focus energy on creating sustainable solutions for the problem of homelessness that has taken hold downtown.

This will be one of my primary focuses as I take office. What we are currently doing is clearly not enough. I will fully support a move towards more coordinated effort between government departments, local non-profits, and other organizations such as Framingham Union Hospital. By working together, these different groups will be able to rehabilitate more people than the sum of their individual efforts allowed them to previously. This has been extremely effective in other places already and there has been a movement independent of City Hall to bring something similar to Framingham. I will put the full weight of the mayor’s office behind this effort. This is how we will reduce the population experiencing homelessness, and as such reduce the strain it causes on police resources so they can focus on combating crime. I want to tackle this problem with energy now, because the issue will only pick up steam if we allow it to go unchecked. 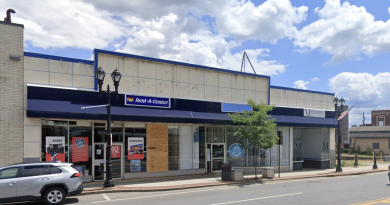 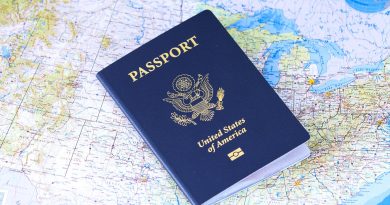