The following press release was submitted to SOURCE media from the Governor’s office.

With more than 20 years of experience serving children and families in the Commonwealth, Attorney Parsenios has been well prepared to serve as an Associate Justice of the Probate and Family Court,” said Governor Charlie Baker. “I am pleased to submit this qualified candidate to the Governor’s Council for their advice and consent.”

“The families and communities of Massachusetts have benefited from Attorney Parsenios’ years of work within our court system,” Lt. Governor Karyn Polito.​ “If confirmed by the Governor’s Council, I am confident that he will continue to serve the Commonwealth and its citizens well.”

The Probate and Family Court Department has jurisdiction over family-related and probate matters such as divorce, paternity, child support, custody, parenting time, adoption, termination of parental rights, abuse prevention and wills, estates, trusts, guardianships, conservatorships, and changes of name. The Probate and Family Court has over 40 judges, including Chief Justice John D. Casey. If confirmed by the Governor’s Council, Parsenios will fill the seat vacated by Judge David Sacks.

A resident of Lenox, Nicholas Parsenios began his legal career ​in 1997, when he joined Berkshire Life Insurance Company as a Staff-Contract Attorney. In 1998 he entered private practice, both under his own name and as a part of the Law Office of Michael J. Considine. There, he has continued to argue cases before the District, Superior, and Probate and Family Courts, handling a wide range of matters.

Prior to his work as an attorney, Parsenios served in the Clinton County Children’s Services in Ohio for six years, where he supervised caseworkers tasked with investigating allegations of child abuse and neglect.

Since 2016, Attorney Parsenios has been involved in the Berkshire County Bar Association, serving as both the Association’s Court Conciliation Volunteer Program Coordinator since 2016, and as a member of its Executive Committee since 2018.

Attorney Parsenios earned his Juris Doctorate from the Massachusetts School of Law in 1997 and his Bachelor of Science in Criminal Justice and Sociology from the University of Cincinnati in 1991. 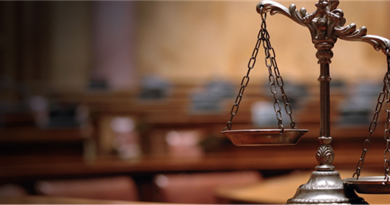