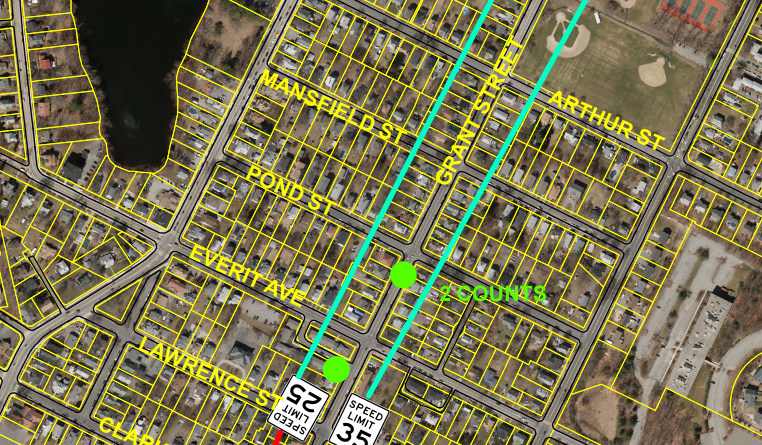 FRAMINGHAM – Residents living or or near Grant Street in Framingham have been pushing for years for the street to be made safer. The street has a history of car accidents, making it a hazard for drivers going through it. In particular, they want a single speed limit for the road and for intersections to be changed.

Commission Chair William Sedewitz outlined the makeup of the street.

The majority of Grant Street, located in District 7, has a 35 mile per hour speed limit, but the southern section has a 25 mph limit.

A camera has been placed at the intersection of Grant and Mansfield streets due to the high number of accidents there, said the chair.

“I do not think the majority of Grant St. has a speeding issue,” Sedewitz said.

The accident data shows a significant number of accidents. According to the Massachusetts Department of Transportation, there were 28 accidents in 2018, 39 in 2019, 15 in 2020, and 12 have occurred so far this year.

The 4-way stops is an option residents have suggested.

Framingham resident Magda Janus lives in the area. Around seven years ago, Janus was driving with her child along Grant Street on the way to his school.. She stopped for a van coming from the left, and when she started to proceed, the other driver did so as well, ignoring the stop sign.

She believes the problem lies with the parking spaces along the street, which allows large vehicles to park and make it difficult for drivers at intersections to see.

“If you’re trying to enter from any of the side streets, your vision and ability to see oncoming traffic from your left is zilch,” she said.

Juan Rivera, who lives on the corner of Grant and Mansfield, supports the four-way stop proposal.

Rivera said he has spoken to people who have intentionally avoided the intersection that he lives on.

The Commission has reached out to BETA, a civil engineering company, which plans to analyze the data on Grant Street and bring recommendations for how to improve safety on the street.

BETA has already compiled a lengthy collection of data on the speeds and accidents of drivers on the road.

Lucas Gustafson is a 2021 SOURCE summer intern. He is a Framingham High student. 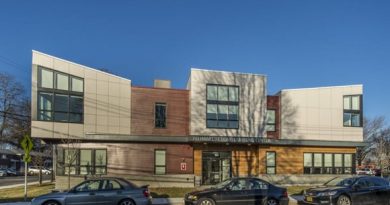 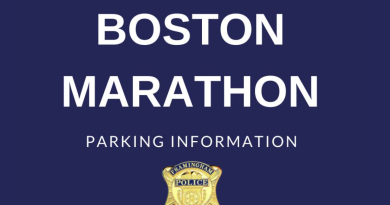