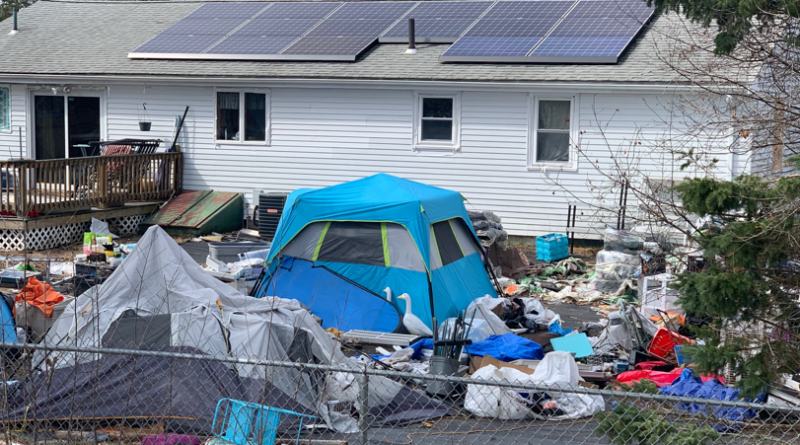 FRAMINGHAM – Since 2019, Framingham neighbors have complained about the house on Gleason Street.

First it was trash, then rodents, then nuisance issues, then environmental health concerns, and even complaints about a ‘tent city.’

But the concerns got much worse in 2021, with potential elder abuse, health code violations, strange tenant-landlord agreements, and “homemade” toilet use in the backyard.

Framingham Police, Framingham Fire, Inspectional Services, the Health Department, social works, elder services, and many other social service organizations and city services have been to the 49 Gleason Street address, located off Concord Street in District 2.

Calls first started in 2019, and yet the issue continues unresolved in 2021.

In the summer of 2019, Framingham Inspectional Services was “investigating a complaint about multiple tents in the rear yard area” of the ranch house in the quiet neighborhood. The owner was asked to make changes.

But in March 2021, the complaints escalated again from the neighborhood about the house owned by Dennis H. Pearne.

The 1959-built house with solar panels on the roof, looked like a junk yard, a tent city with individuals living outdoors in squalor conditions, and rat infested, with the rats now migrating to their backyards, said neighbors.

City documents SOURCE obtained indicate that the Building & Inspectional Services Department went out in March 2021 and found lots of debris & trash, along with building code issues, which they addressed with the homeowner. (see photos)

Editor’s Note: These photos were provided to SOURCE. The property can be viewed by the neighbors.

On March 16, The City of Framingham Environmental Health Manager Robin Williams told other city employees in an email “We did not issue an order to correct for the following reasons: We were not sure initially if this was on the Hoarding Task Force radar. As discussed numerous times, if Hoarding has been identified, we want to offer the individual help prior to enforcement. Once “help” has been exhausted, then we will enforce. Inspector (Mishel) Caisapanta did not observe any pest/rat activity. Only random items were observed in the back yard, not trash.”

Neighbors continued to file complaints about rats and complained about the trash in the backyard, and individuals living in the tents 24/7 to the City’s See It Click It Fix It app.

By April, the homeowner had complied with requests from Inspectional Services and the building code violations that department identified had been addressed.

Editor’s Note: These were photos taken at the property in April by City employees.

But in June 2021, the City’s Chief Public Health nurse sounded the alarm again about 49 Gleason Street again to City officials, including the police department, the director of elder services, and the interim Health Director Alex DePalo.

“During a home visit for covid vaccination, we discovered two fragile residents living in the back yard at 49 Gleason Street who were inappropriately dressed (without clothing, wearing only a plastic gown, rubber gloves, goggles) for the home visit for COVID vaccination. They are living out of an unregistered pair of vehicles in the back yard. … There are three tarps set up to shield from the sun. … Concern for health and well-being. There is a strong hygiene odor, bathing using baby wipes outside and there was no running water visible. City Social worker and Intervention specialist notified (one resident is 63 years old),” wrote the city’s chief public health nurse on June 23.

Inspectional Services said they had been out to 49 Gleason Street numerous times due to complaints about “debris and trash” but as of June 30 there was “no violations under Code Enforcement.”

On June 28, an email from a city officials noted “witnesses have stated people living and (defecating) in back yard while seeing people dressed in trash bags and goggles on while in their underwear.”

“My department …. (has) handled this several times and brought the property in compliance each time,” wrote Building Commissioner Mike Tusino, in an email to several city leaders on July 1.

On July 1, Framingham Police visited the property, and based “on observations and speaking with the persons living in the backyard” Framingham Deputy Police Chief Sean Riley said his department did file an elder abuse claim with the Springwell.

The police officer’s July 1 “well-being check” report describes the backyard situation in detail, and it is not pretty.

The police officer visited the property with an employee of the Jail Diversion Program and two members of Framingham’s Inspectional Services Department around 10:30 a.m. to check on a female and male “tenant” of 49 Gleason Street.

The officer spoke to the homeowner, and according to the police report, Pearne told the officer that the male and female “had been tenants of his home for approximately 2 years.”

The property owner told the officer and other city officials the two individuals share a room in his house and have full access to the kitchen and the bathroom.

But Pearne told officer that the two individuals have set up “multiple tents as well as umbrellas, where they spend the majority of their days and nights.”

Pearne told the officer “they have not stayed in the house for some time” as the female has a “serious medical condition that requires her to have little contact.”

The police officer wrote in his July 1 report that there is a “car parked in the backyard that is underneath numerous patio umbrellas with all the windows covered.”

Pearne told the officer that the male & female prefer to be “outside” as they “feel more conmfortable in the open air.”

The police officer was able to speak to the female who told him she “feel safe” living outside 24/7.

She told the officer she showers regularly using the hose outside and that there is a “portable toilet in the backyard that she utilizes.”

The Massachusetts Department of Public Health’s sanitary code says outdoor toilets and showers falls under local board of health.

Inspectional Services noted the “homemade toilet,” the “excessive amount of debris” in the yard, and numerous electrical cords, along with a microwave oven and a toaster in a plastic cabinet, according to the police report.

Editor’s Note: These photos were taken by City employees on July 1. Source received them anonymously.

On Saturday, after hearing from residents in the neighborhood, SOURCE contacted multiple City departments and City leaders to ask what has been done since July 1 to ensure the health and safety of all involved, but as of 5:35 p.m. today, no one from City Hall responded to the digital news outlet.

Only the police & fire departments got back to the news outlet.

The City’s interim Health Director Alex DePalo told the news outlet to file a public records request, when it requested emails and documents on 49 Gleason Street. She did not respond to the news outlet’s request to provide a statement “on what actions” the health department has taken to “resolve this issue and to ensure that all are safe (and not in danger).”

City’s Chief Operating Officer Thatcher Kezer III has been silent on the matter.

SOURCE reaches out to Mayor Yvonne Spicer, and the City Councilor in District 2 Cesar Stewart Morales who also did not respond to the news outlet’s email.

On July 1, Interim Health Director Alex DePalo wrote to other City officials. “We had Health Dept. inspector at the site today to assess housing code violations and will follow up.  The property owner did invite Health Dept. staff into the property as far as the back deck but not into the backyard.  He reported that 2 individuals do have 24 hour access to all common areas in the house including the kitchen and bathroom.   Pest control came approximately 2 weeks ago, we will request a copy of that report.  The property owner has previously instructed the individuals to vacate by 9/1/21.” 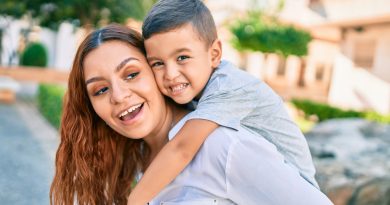 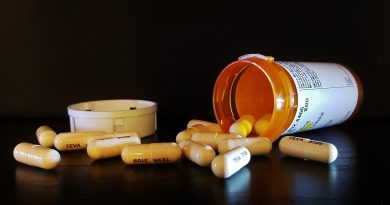 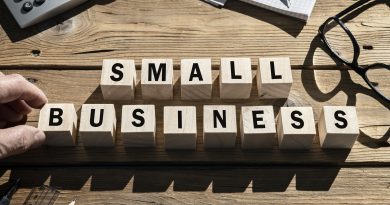