The senators are requesting information regarding the scope of hunger among these service members, the extent to which widespread hunger among troops and their families presents national security concerns, and the Department of Defense’s plans to fix this indefensible situation.

“This is morally, and as a matter of national security, unconscionable. We must do better by our National Guard and Reserve service members,” wrote Senators Warren and Duckworth. “National Guard and Reserve troops, as well as their families, deserve the Department’s attention. This is especially true given the ongoing and vital role that those individuals have played in our nation’s response to the global pandemic.”

U.S. Census Bureau data from this past spring revealed that approximately one in five respondents who were National Guard and Reserve service members reported that they were “sometimes” or “often” hungry – more than double the national rate and “more … than nearly any other group, regardless of household income, education, age or race.”

This report comes amidst record deployments of National Guard members due to the COVID-19 pandemic.

Throughout the pandemic, National Guard members have been deployed to assist with coronavirus testing, the distribution of supplies at food banks, and the administration of vaccines. Guard members also responded to the January 6, 2021 attack on the U.S. Capitol building and provided security in Washington, D.C. in the weeks leading up to and following the presidential inauguration in addition to thousands activated to fight ongoing wildfires and respond to civil unrest. These critical emergency efforts have resulted in the longest deployments and periods of activation for Guard members since World War II, according to the National Guard Association of the United States.

“DoD is responsible for ensuring the readiness, recruitment, and retention of all members of the U.S. military, including reservists and members of the National Guard,” wrote the lawmakers. “As members of the Senate Armed Services Committee, we seek additional information to better support efforts to combat hunger among National Guard and Reserve members.”

Senators Warren and Duckworth are requesting responses no later than August 25, 2021. 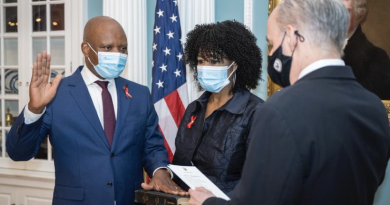