NATICK – Heather A. Dailey-Willens of South Grafton, formerly of Natick, passed away on Monday August 9, 2021 at the age of 51 surrounded by her family.

She is survived by her daughter Carleigh Harrigan of North Smithfield, Rhode Island, her mother Kathy Dailey-Mahan and her husband Michael Mahan of Mesa, Arizona, her boyfriend Tom Abbott of South Grafton, and her beloved German Shepherd Mason.

Heather grew up in East Natick and graduated from Natick High in 1989.

She went to Mansfield Beauty Academy to pursue her cosmetology career and graduated in 1991. She opened her own Salon in Worcester in 1997.

In 2002, she began her new career in the medical field as an administrative assistant.

For the last five years, she worked at Whitney Place Assisted Living at Westborough where she enjoyed interacting with the residents and their families. She was well known for her sense of humor and never failed to put a smile on someone’s face.

During her free time, Heather enjoyed spending time with Carleigh and Tom, and her German Shepherd Mason going on day trip adventures.

In lieu of flowers, donations in memory of Heather may be made to the Alzheimer’s Association of MA (309 Waverley Oaks Road, Waltham MA 02452). 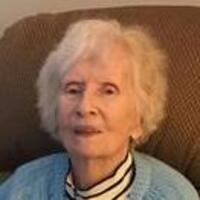