WASHINGTON DC – United States Senators Elizabeth Warren and Edward J. Markey along with Representatives James P. McGovern and Lori Trahan sent a letter to Tenet Healthcare (Tenet) calling on them to pursue the assistance offered by the Federal Mediation and Conciliation Service (FMCS) to return to the table and resolve negotiations with the professional nurses at St. Vincent Hospital (St. Vincent’s).

“It is essential – for your patients and for the communities you serve – that Tenet meet the needs of its front-line workers. Once again, we urge Tenet to use the assistance offered by the Federal Mediation and Conciliation Services or engage in any other mutually agreed upon processes to end the strike so St. Vincent’s nurses can go back to caring for their community,” the lawmakers wrote.

The existing contract between the Massachusetts Nurses Association (MNA) and St. Vincent’s expired on February 11, 2021.

The MNA authorized a work stoppage after the existing contract expired and began the work stoppage on March 8, 2021 – almost five months ago.

Several staffing proposals have been made by the MNA St. Vincent Nurses Bargaining Committee.

However, Tenet has not agreed to these proposals, and the nurses’ jobs have been threatened by replacement nurses as patients lose access to critical services, including medical, surgical capacity and critical care beds. 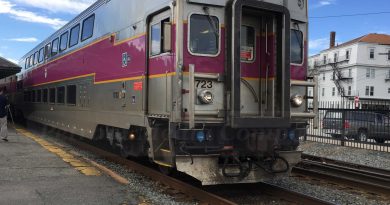