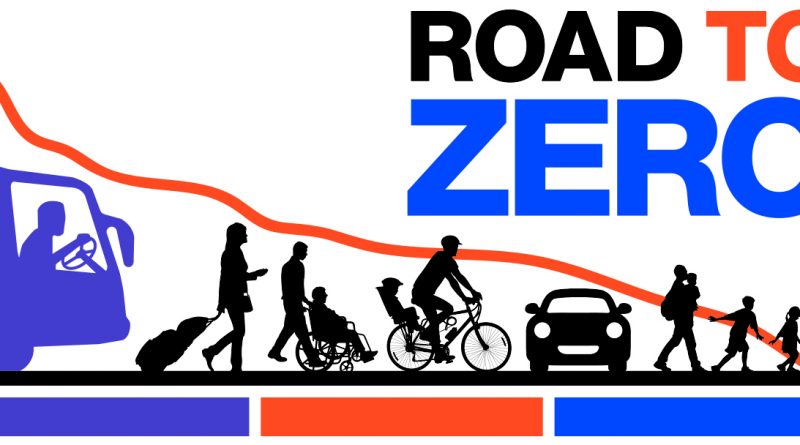 “We must act to prevent crashes that tragically take far too many Americans’ lives each day,” said Senator Blumenthal. “By committing to enact proven, commonsense road safety policies, this resolution charts the course to reduce traffic deaths to zero by 2050. I am proud to pledge my support for this important lifesaving effort with Congresswoman Schakowsky and making our roads safer for every pedestrian, biker, and driver across the country.” “Our country is in the midst of an auto safety crisis, one that we have the power to stop in its tracks,” said Rep. Schakowsky. “Tens of thousands of lives are lost on our roadways each year. Enough is enough. We must commit to ending these unnecessary deaths and injuries by 2050. This resolution makes that commitment and calls on the Department of Transportation to use the tools at its disposal to prioritize transportation safety. All road users—drivers, passengers, pedestrians, and bicyclists—deserve to be safe on our nation’s roads.”

Although Americans drove less in 2020 due to the COVID-19 pandemic, recent preliminary reports from the National Highway Traffic Safety Administration (NHTSA) show that 38,680 people died in preventable traffic crashes last year – up 7.2 percent or nearly 2,600 more than in 2019 and representing the largest projected number of fatalities since 2007. About 100 people die every day on the country’s roads, with traffic crashes being the leading cause of death for Americans ages one to 25.

Studies have shown that traffic incident risk is unevenly distributed, with much higher pedestrian fatality deaths among older adults, people of color, and people walking in low-income communities where there are fewer sidewalks, marked crosswalks, and a lack of safe street design.

A 2018 report from the RAND Corporation found that the U.S. can reach the goal of zero traffic deaths by 2050 through prioritizing safety, and implementing proven policies and strategies.

“No other preventable cause of deaths and severe injuries is so overlooked and implicitly condoned as the 40,000 traffic fatalities each year in this country,” said Leah Shahum, Director of Vision Zero Network. “This must — and can — change. We’re encouraged that the new resolution to reduce traffic fatalities to zero by 2050 is a sign of stepped-up Federal leadership to put proven Vision Zero strategies in place, including designing roadways for safety over speed and investing more funding in safety priorities, especially for those walking and biking.”

“Tragically, a person is more likely to lose their life on the road today than they were before the pandemic,” said Lorraine Martin, president and CEO of the National Safety Council and chair of the Road to Zero Coalition. “We need a national commitment to achieving zero traffic deaths — which is precisely what Sen. Blumenthal and Rep. Jan Schakowsky’s resolution represents. We applaud their bold leadership as we work towards ‘zero.’”

“Every traffic death is more than a number. Each has a bereft family and a heartbroken community. October 8th will mark eight years since I lost my 12-year-old son Sammy. He was in 8th grade and just trying to get from school to soccer practice. This should not be a deadly act,” said Amy Cohen, Co-Founder of Families for Safe Streets. “Every one of us in FSS has lost a family member or suffered a life-altering injury. We are so grateful to Senator Blumenthal and Congresswoman Schakowsky for urging the US to commit to ZeroTrafficDeaths. Taking that first step to a safety-first transportation policy will prevent others from the heartache we have suffered. The US is an outlier — the vast majority of nations like ours have dramatically reduced the number of people killed on their roadways. We have some of the most dangerous roads and most dangerous vehicles in the industrialized world and things are only getting worse. In May, the National Safety Council shared preliminary data indicating a 24% spike in roadway death rates  — the highest in 96 years. We can and we must do better.”

The full text of the Senate resolution can be found here. A similar version of the resolution was introduced in the House.