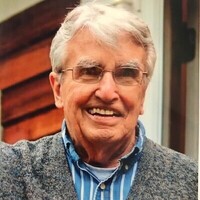 FRAMINGHAM – Judge Robert “Bob” Campion, 91, of Brewster, and formerly of Framingham, died on July 5, 2021, in his home surrounded by his family.  Nothing was more important to Bob than his family, faith, and friends.

Judge Campion was predeceased by his wife and best friend, Mary (Carlson) Campion, with whom he shared fifty-eight years of marriage, his daughter Ann Campion, who died in 1982 at the age of 26, his parents Gertrude and Francis Campion, his two brothers, Francis Jr and James, and his sister, Joyce.

He is survived by his children: Daniel Campion (Kim) of Ashland, Robert C. Campion Jr. (Jay, deceased) of Nampa, ID, Susan Jackson (John) of Brooklyn, NY, Michael Campion (Cindy, deceased) of Yarmouth Kathleen Donahue (Bill) of Chelmsford, Carol Keefe (Jerry) of Hopkinton, and Timothy Campion (Maura) of Ashland. He is also survived by 18 grandchildren, 19 great-grandchildren, and many nieces and nephews.

Bob was born in Ware, on April 26, 1930, where he lived with his parents and siblings until they moved to Framingham, in the mid-1930s.

Bob graduated from Framingham High School in 1948.  He attended Boston University and Boston College Law School and graduated with his law degree in 1953. The professional accomplishment he was most proud of was being a lawyer for 68 years.

During his career, he and his colleagues became involved in programs that stressed treatment of the underlying issues rather than incarceration. This type of approach by Bob and others has led to the current trend of specialty courts, focusing largely on substance abuse and rehabilitation.

After his retirement, the Honorable Robert C. Campion Award for Public Service was established in his honor.

Bob enjoyed a full life after retirement, which included a busy schedule of travel in and out of the country alongside his wife and family. His family provided Bob with much joy, and he often remarked about how he was the happiest because his children were all friends. He loved to watch movies and was an avid sports fan with a specific love for Tom Brady and the Montreal Canadiens.

Volunteering was also an important part of Bob’s life, and he spent hours helping others at many different organizations, including the American Cancer Society, Framingham Detox Center, Newton-Wellesley Hospital, Brewster Ladies’ Library, Our Lady of the Cape Catholic Church, and FISH (Friends in Service Helping).

Bob may most be remembered for his sense of humor.  He could see the humor in almost any situation and could lighten the mood with a quick comment or joke. Most everyone who met Bob really liked him, and his eight children’s friends became his friends.  He enjoyed so many friends throughout his life, and his friendships were never as important to him as they were over the last years of his life. And for that, he considered himself a very lucky man. His family would like to thank all of his friends, especially Dave, Gene, Kevin, Sarkis, Bill, Jack, and Joe T.

Relatives and friends are invited to attend his calling hours from 3 to 7 p.m. on Friday, July 9, 2021, at the Norton Funeral Home, 53 Beech St, Framingham.

Followed by interment at Edgell Grove Cemetery in Framingham.

Donations in Bob’s name may be made to the American Cancer Society or a charity of your choice.

To leave a message of condolence and sign the online guestbook please visit www.nortonfuneralhome.com 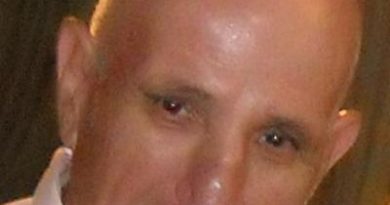 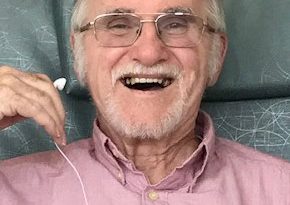 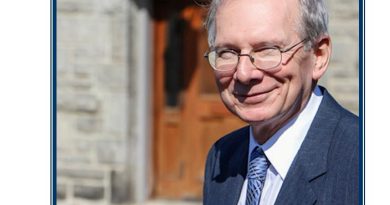