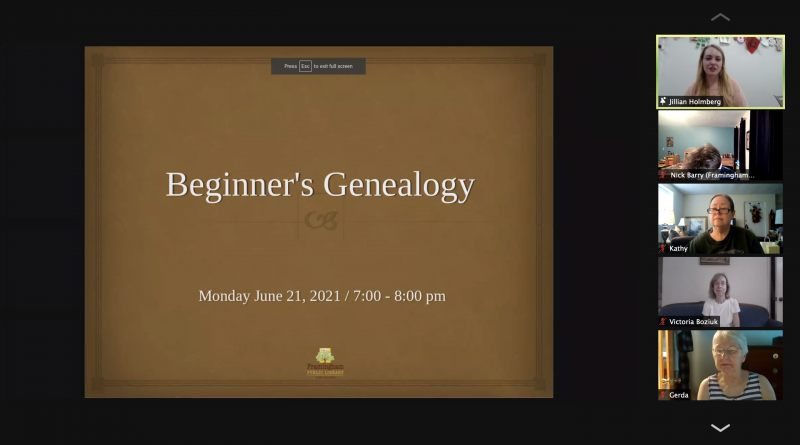 FRAMINGHAM – The Framingham Public Library is holding a series of online genealogy workshops this summer.

The first one, for beginners was held on Zoom on June 21, hosted by Jillian Holmberg, the library’s assistant supervisor of children’s services.

Holmberg was very enthusiastic about the workshop, as she has done genealogy work for the past 12years and has even used her
knowledge to find out the history of her own family.

Holmberg started the presentation by showing participants how to use their library card number to access Ancestry.com on the library website.

She also asked participants to consider a few important things before they researched their family history. “What are your goals?” she said “Are other family members helping you? Are you willing to uncover things that might not be too pleasant?”

Holmberg then proceeded to show participants how to search for names on Ancestry, using her great grandmother, Honora Rourke, as an example.

She explained that there were two ways that someone could search for somebody: records, which organize individuals by name,
and categories, which group individuals by different types of documents, such as birth certificates, marriage certificates, immigration status, and census and voter lists.

Holmberg also noted that knowing certain information before you search, such as birth years and possible country of origin can be useful, as it can help narrow results down.

However, finding your roots is not always an easy task, as there are many different factors that can influence why last names are the way that they are.

For some individuals, their last names would be influenced by things such as their family’s occupation (ex. Baker), a geographical location where they originated, marriage, immigration, or nicknames that they had in childhood. Others would alter, adjust the spelling, or completely change their last names in order to make their names sound more American or to avoid discrimination.

Sometimes last names were changed because of translation errors (especially if the person did not speak English), or because of certain influential events or cultural movements from the time period.

“I knew someone who’s last name was Dove because the parents were hippies, and they changed it because they thought it sounded more sixties,” Holmberg said with a slight laugh.

But throughout the presentation, Holmberg encouraged participants to start thinking about what they already knew.

One way to do this, she suggested, was to talk to immediate and extended family members about things that they know or remember about their relative, and then proceed to do more research together.

However, she also told participants to be conscious of the information that they receive, as there could be rumors and stories that could be unreliable.

“I have a family member who swears we’re from Swedish royalty,” she said. “We’re not, I’ve done the research.”

Holmberg concluded by showing participants how to save and screenshot documents on the site, as well as other genealogy tools such as MyHeritage, Facing History and Ourselves, Black Past, and Google Books.

The next genealogy workshop is scheduled August 23 from 7-8 p.m. It will mainly focus on issues related to immigration and citizenship.

There will also be a unique focus on “women in history through women’s genealogy.” 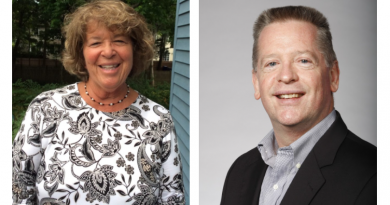 Bethany Hill Places Adds 2 To Board of Trustees 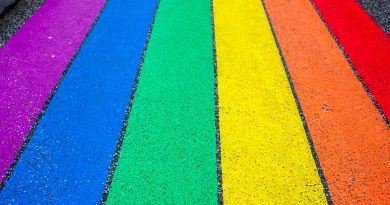 MetroWest Health Foundation Awards The Learning Center for the Deaf $30,000 Grant in Support of Racial Equity 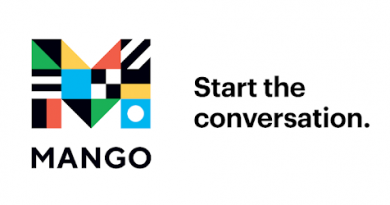