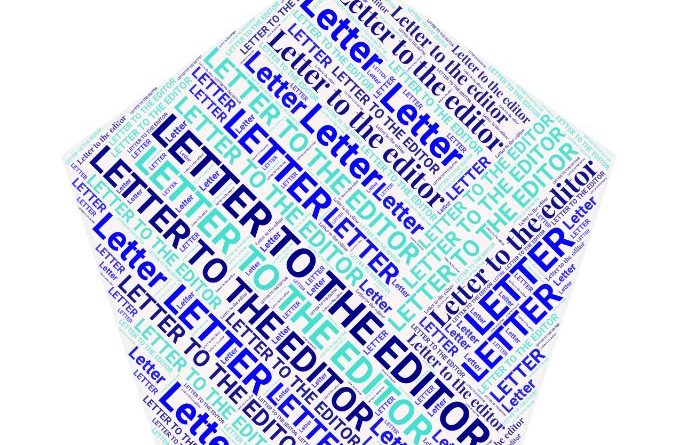 FRAMINGHAM – I am posting this letter so the voters/taxpayers of District 3 (Precincts 4+7) can understand their representative in City Council before re-electing him.

One Framingham resident who endorsed Mr. Steiner said he wants his City Councilor to be someone who will listen to their constituents and shape smart positions on important issues by weighing multiple opinions from diverse areas. That sounds reasonable; however, I do not believe this describes Mr. Steiner.

One of the greatest aspects of our Democracy is that you have every right to disagree with this letter, but if you agree with the premise of this letter consider joining me in open discussions.

If you are scared to make your voice heard because of repercussions, your 1st Amendment might, someday, might be lost forever.  Unfortunately, this will likely get a lot worse before the recent trend of creeping totalitarianism is reversed.

Regarding our brief conversation on Saturday when you came onto my property looking for a signature so you could run again for City Council District 3 you received some unexpected respectful push-back.  You asked me to watch what I had to say because you had a child with you.  Why is it okay for you to not want the child who was with you to hear whatever it was I was going to discuss with you, but our children can be exposed to whatever the school system wants because you allow it?  When you go to constituents’ doors looking for signatures why would you have a child with you?

I assume you thought you would never get push-back so it would be safe.  You should never conveniently forget about one’s 1st Amendment rights when you are the one person who is representing them in City Hall.

The last true politician I had the pleasure to discuss matters with was the late Representative Debby Blumer.  We did not agree on much, but she was respectful, courteous, and kind.  Debby was willing to listen to opposing viewpoints without cutting people off.

After I was speaking for about two minutes you put your hands up and just walked away.  That is not what an elected official is ever supposed to do.  You said we probably would disagree on the matter of the Gay Pride Flag.  We do agree on the flag but for different reasons.  I am sure you and many politicians are not used to push-back because most people just sign their name and vote for the incumbent because it is just easy to do so.

Let me teach you something.  There are nearly 120 million Americans who are now Awakened to what is going on Federally, Statewide, and locally.  As soon as I brought up what I considered a serious problem that will greatly impact our children you tried to pass the buck.  You said it was the School Committee who decided to fly the Gay Pride Flag, which again I support, at our schools.  I tried to explain to you that as beautiful as that symbol is it is a political symbol, and it should only be introduced to the children by their parents.

Many social/political issues should be introduced by parents or other family members because we all have different beliefs and morals.  I asked you a simple question.  Who designed the flag and what year what it designed?  You could not answer either question.  If you are going to be promoting the use of a symbol like this at a public school or any public building you should at least be familiar with the history and background of it.

It should not be the prerogative of the teachers unions, school administrators, teachers, School Committee, Mayor, or our City Council to use the school system or our public buildings to promote their personal politics.

When was it decided that the role of the public schools is to teach our children things, we as parents might not be ready to teach to our young elementary school children?

I support gay rights because I have read a lot of about the history of the matter, and I have family and friends who are gay/belong to LGBTQ.  Our Great American Flag which represents everyone and everything we hold dear as Americans such as Freedom, Liberty, and Acceptance for all should be the only flag that flies on our public buildings, especially our schools because they are filled with our children who do not see differences in people the way some teachers or administrators want them to.  I was taught as a child that I have the right to like or dislike something but there must always be a reason.

I asked you if a Pro Life Flag could fly at the school.  You had no response.  Let me answer for you.  No!  As a Pro-Choice Flag should not fly either.  If you fly any other flag other than the American Flag, you are using taxpayer’s money to disparage the beliefs of what most children are learning at home from their parents.  The families’ moral values are one of the most important ways a child is molded.  These same parents should be treated fairly who are paying the same tax rates as everyone else.

Schools should focus on teaching the basics, math, science, geography, reading, writing, civics, and to be a good upstanding citizen.

The indoctrination of our children must stop.  We, taxpayer/voter, need elected officials to represent all of us not the political machine.  Let us do our job as parents, and let the school teachers teach the subjects and skills we all need to survive in our complex world.