BOSTON – Today, June 29, Massachusetts State Auditor Suzanne M. Bump’s Office released an audit of the Department of Developmental Services (DDS) that provided recommendations to improve the safety and care for individuals with disabilities throughout the Commonwealth.

The audit found Department of Developmental Services (DDS) was missing timeframes in abuse investigations, for follow-up protective planning for alleged victims of mistreatment, as well as for oversight of incident reports from group homes.

In addition, the audit showed DDS was not properly monitoring medication reporting for clients.

The audit, which examined July 1, 2017 through June 30, 2019, notes that missed timeframes can put individuals who are disabled at risk of further harm. In its response, DDS stated that it has begun to institute new oversight policies and procedures to address the audit’s findings.

“Protecting individuals with disabilities is one of the most critical missions and responsibilities of state government. Every instance where an abuse investigation deadline or timeframe is missed, the gaps in safety and care increase. It’s clear the Department of Developmental Services must work with urgency to close those gaps,” Bump said of the audit. “I’m encouraged by the initial steps DDS has taken and hope the agency continues to use our audit as a tool towards enhanced safety protocols for abuse, medical mistreatment, and neglect of individuals with disabilities.”

DDS receives complaints and referrals of abuse allegations from the Disabled Persons Protection Commission (DPPC). During the audit period, DPPC referred 10,833 complaints to DDS. Under state regulations, when DDS launches an investigation of abuse, a report and decision letter, which signifies the completion of an investigation, must be issued within 45 business days from the date it is assigned to an investigator.

Of the investigations reviewed, 38 percent of decision letters were not issued within the prescribed timeframe and on average were finished 42 days past the 45 days allowed. DDS was also not properly managing the conduct of administrative reviews which are designed to address situations that do not include serious physical or emotional harm.

In its response to the audit, DDS stated that it will collaborate with DPPC on ways it can expedite the investigation process to meet the required timelines to ensure clients with disabilities are as safe as possible. The Office of the State Auditor recently released an audit of DPPC that also showed it has been missing required state deadlines for abuse investigations.

During the audit, DDS contracted with 116 state-licensed providers of group homes. The audit found DDS was not ensuring that these providers were submitting and finalizing required incident reports within mandated timeframes. For major incidents, reports are required to be submitted to DDS one business day and finalized within 7 calendar days, after an event is discovered by provider staff. The audit notes that 52 percent of major incident reports reviewed were sent to DDS late (1 to 202 business days after the 1 business day allowed). This same group of reports were also finalized by the group homes 1 to 546 business days after the established 7 calendar day timeframe. In response to the audit’s recommendations, DDS noted it will work with its contracted providers to establish effective guidelines and controls to ensure reports are finalized and filed on time.

The audit pointed to deficiencies in DDS’ protective services after an abuse investigation has ended. During the audit period, the agency did not develop protective action plans on time for victims who have suffered from abuse or mistreatment, missing the required 30 business day timeframe. Auditors determined that 28 percent of completed investigations did not have action plans developed within the required 30 business day timeframe to prevent continued harm. To address the audit’s concerns in this area, DDS stated that it will form a working group with the goal of creating policies that improve protective services.

The audit also found deficiencies in client medication reporting by DDS staff. The agency did not ensure that medication occurrence reports (MORs), which are used to monitor client medication routines, were always reviewed on time by the provider or by DDS staff. The audit found that 23 percent of the MORs reviewed were created by provider-operated group homes an average of 37 calendar days beyond the established 7 calendar day timeframe. Further, the audit revealed DDS did not ensure that its employees received security awareness training.

DDS operates within the Executive Office of Health and Human Services. DDS serves approximately 32,000 adults and more than 9,000 children who have intellectual and developmental disabilities. During the audit period, the agency provided these services through two state-operated facilities, 287 community-based state-operated programs, and contracted with 116 providers operating 2,144 group homes. DDS employed 7,977 individuals at its 23 area offices throughout the Commonwealth during the audit period. 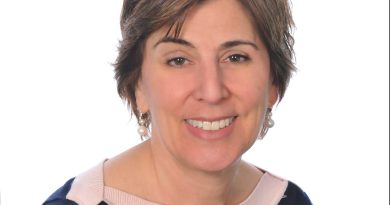