The proposed ordinance is on the Tuesday night City Council agenda for June 29, but the measure is not expected to be discussed but referred to the Council’s environmental subcommittee.

“Our goals for this ordinance are to reduce single use plastics from the environment and to protect human health,” wrote Keep Framingham United in its submission to the City of Framingham’s legislative branch.

“All three classes of the plastic we focus on are not recyclable and end up in our parks and city streets. Nips pose an additional risk as they are often used by people to avoid getting caught when drinking and driving. Nips are consumed and tossed out of vehicles. Nips are one of the top types of trash that is collected on road sides by volunteers. Polystyrene is not recyclable, poses a health risk and does not biodegrade. Black plastic is not recycled. Sorting machines in recycling centers can not determine if it can be recycled or not,” wrote the organization.

The proposed City of Framingham ordinance is “strongly inspired by the Mass legislature version of S579 – An Act to reduce single-use plastics from the environment – which has yet to pass,’ said Keepe Framingham Beautiful. That legislation was co-sponsored by State Representatives Maria Robinson, Jack Lewis, and Carmine Gentile.

“It is becoming more and more evident that plastic production, use and waste are serious threats to the health of our planet and our own health. Plastics are not easy to recycle. Only about 8% of plastic is actually recycled, and only about 2% is recycled into a durable good, meaning the other 6% is downcycled into something less sturdy. The rest ends up in landfill, waterways, or incinerated. Plastic does
not biodegrade. It just gets smaller and smaller and becomes microplastic,” wrote Keep Framingham Beautiful. “We humans ingest about a credit card’s worth of plastic a week. It is in the food we eat, the water we drink and the air we breath. It is in the soil and can be taken up into plants. It is in the ocean and eaten by fish, which we then eat. We are hearing more and more about the implications of plastic on humans.”

“In Framingham there is a plastic bag ban, but we need to reduce more. Polystyrene and nip bottles are being banned across Massachusetts. The nip ban will address the litter problem, and will also make the roadways safer by decreasing drinking and driving. Over 49 cities and towns in Massachusetts have banned Styrofoam/polystyrene. It is not recyclable and likely carcinogenic- especially when hot or acidic food is served in it, and it never biodegrades. Polymers will last for hundreds of years. There are plenty of cost-effective alternatives and we need to stop our hospitals, schools, restaurants and stores from using it,” wrote the organization.

The City of Framingham’s health department would be in charge of enforcement, under the proposal.

First offense is a written warning, second offense is $50 fine, and third and subsequent offenses are $300 fines, under the proposal submitted to the Council.

One year after passage of the ordinance, no food establishment or retailer in Framingham may use, sell, offer for sale, or otherwise distribute:

The ordinance would also ban: 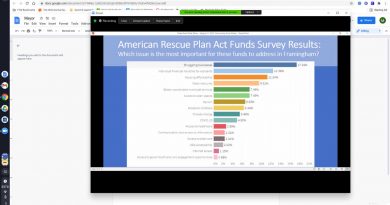 City of Framingham Receives 355 Survey Responses On How To Spend City’s $27.9 Million in American Rescue Funds