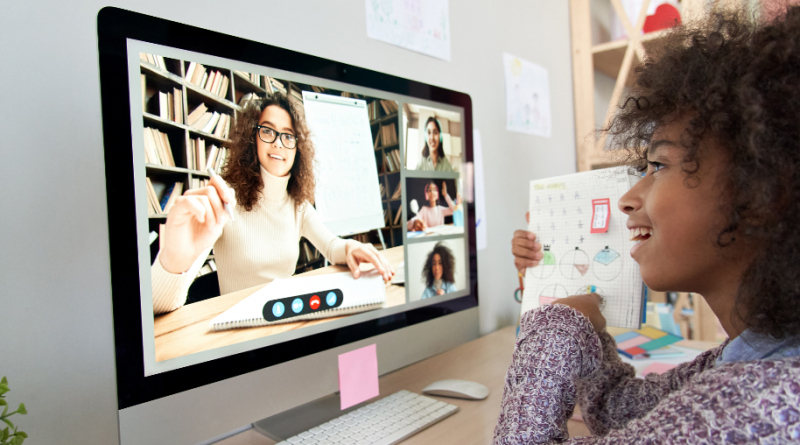 In full transparency, the following is a media release from Sen. Ed Markey , who was elected by voters in the Commonwealth of Massachusetts to serve the state in Washington DC in the US Senate. He is a Democrat. (istock photo)

The legislation updates the Children’s Online Privacy Protection Act (COPPA) by prohibiting internet companies from collecting personal information from anyone 13- to 15-years old without the user’s consent; creating an online “Eraser Button” by requiring companies to permit users to eliminate personal information from a child or teen; and implementing a “Digital Marketing Bill of Rights for Minors” that limits the collection of personal information from teens. The bill also establishes a first-of-its-kind Youth Privacy and Marketing Division at the Federal Trade Commission (FTC), which will be responsible for addressing the privacy of children and minors and marketing directed at children and minors.

“Over the past year, parents have seen their children and teens spend more and more time online and they’re realizing that the internet simply is not safe for kids and adolescents,” said Senator Markey, original House author of COPPA. “Big Tech has a voracious appetite for kids’ attention and data, and these companies have no problem prioritizing their own profits over children and teens’ right to privacy. It’s time for Congress to swiftly put in place strict safeguards that stop these powerful platforms from tracking young people at every turn in the online ecosystem. I thank Senator Cassidy for partnering with me on this urgent issue.”

Tracking the online movements of children and teens and collecting their personal data is a widespread and harmful practice among websites, applications, and online actors of all kinds today. In 2021, companies collect and share information about children and teens, compiling detailed digital dossiers for monetization purposes.

Over 90% of parents agree that existing children’s privacy rules should be extended to teenagers, and the need for a comprehensive set of protections to safeguard children and teen’s privacy online has become significantly more urgent as young people’s time online has skyrocketed in recent years. Kids lack key cognitive capabilities to safely spend time online, yet during the COVID-19 pandemic, children’s use of the internet doubled by some estimates, and over one in four teens report using social media “almost constantly.”

The Children and Teens’ Online Privacy Protection Act of 2021 would:

“As many parents and caregivers know, children and teens are unscrupulously exploited and taken advantage of by pervasive data-driven digital marketing and entertainment systems that are more and more deeply woven into the very fabric of their lives,” said Katharina Kopp, Ph.D., Director of Policy for the Center for Digital Democracy.  “Many of today’s state-of-the art practices used to target young people are manipulative and unfair. While the Children’s Online Privacy Protection Act (COPPA) has provided limited safeguards for the youngest children, this significant legislation introduced by Senators Markey and Cassidy will go much further. It will end the very worst forms of predatory advertising for the youngest children and expand protections to include young adolescents. It will address a broad range of problematic marketing practices that companies have been able to use up to now without any oversight or accountability. Congress must pass this legislation without any delay and bring about real improvements in the lives of children and teens online.”

“Common Sense strongly supports the bi-partisan effort to strengthen the Children’s Online Privacy Protection Act and commends Senators Markey and Cassidy for their work on behalf of kids. Today, too many companies turn a blind eye to children and teens online–failing to offer them strong protections all the while hoovering up their data and surveilling them more than any other generation in history. Families deserve strong protections, bright line rules, and focused enforcement.  Businesses should not continue to profit off of kids’ vulnerabilities and attention spans and monetize their every move. The Children and Teens’ Online Privacy Protection Act will play a key role in better protecting children and equally vulnerable susceptible teens from potential abuses online,” said Jim Steyer, CEO of Common Sense.

“The Children and Teens’ Online Privacy Protection Act rightly recognizes that the internet’s prevailing business model is harmful to young people,” said Josh Golin, Executive Director, Campaign for Commercial-Free Children. “The bill’s strict limits on how kids’ data and can be collected, stored, and used – and its all-out ban on targeted ads for children under 13 – would give children a chance to develop a healthy relationship with media without being ensnared by Big Tech’s surveillance and marketing apparatuses. We commend Senators Markey and Cassidy for introducing this landmark legislation and urge Congress to act quickly to put children’s needs ahead of commercial interests,” said Josh Golin, Executive Director, Campaign for Commercial-Free Children.

“For far too long, technology corporations have relied on exploitative data practices, including unethical collection of personal and location data from children,” said Jade Magnus Ogunnaike, Senior Director of Campaigns at Color of Change. “For decades, companies have disproportionately targeted Black children for dangerous products in a long-line of predatory marketing tactics that have expanded the harm of Black communities. Even now, Facebook is allowing advertisers to target children ages 13-17 for content related to alcohol, drugs, diet pills, and gambling. Implementing the updated provisions of the Children’s Online Privacy Protection Act (COPPA) is a big step toward protecting kids on the internet, and effectively reigning in Big Tech’s exploitative data practices. Prohibiting ad targeting based on race and socioeconomic status for children provides the necessary privacy for creating a safe digital space and preventing discrimination online. Color Of Change commends Senator Markey for reintroducing this bill and will continue to demand legislation from Congress that will effectively protect the privacy of Black people, especially children, online.”