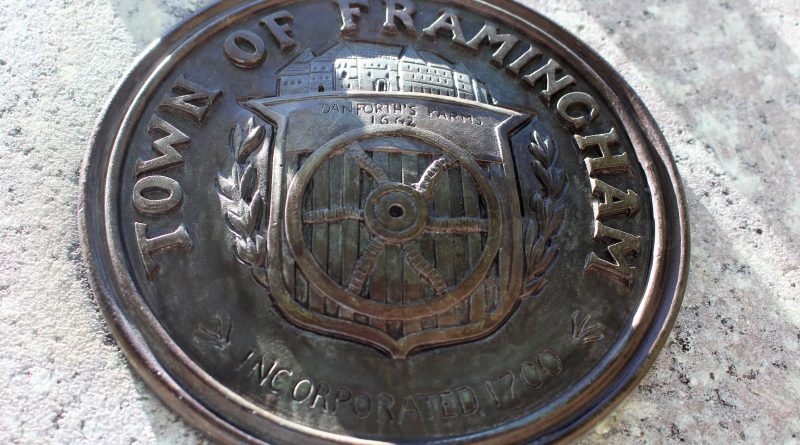 FRAMINGHAM – Until this week, there was just one room in the Memorial Building equipped to handle a hybrid meeting model – the Blumer Community room.

But yesterday, the executive conference room, across from the Mayor’s office was equipped to handle a hybrid meeting model, said Carly Melo, the City of Framingham’s Technology Services Director.

The 9-member Framingham “School Committee executive session will be the first to test it tonight,” June 23, said Melo to SOURCE.

When the Commonwealth of Massachusetts was under a state of emergency, Governor Charlie Baker issued an order to suspend in-person government meetings. Many governmental bodies met remotely on platforms like Zoom.

Recently, the emergency order ended, but the Massachusetts Legislature passed a bill, which the Gov. Baker signed, that would allow remote meetings and remote participation through April 1, 2022.

But one problem, the City of Framingham had just one room that could handle a hybrid meeting model.

A hybrid meeting model was used recently for the last Framingham City Council meeting on June 15. The majority of the City Council, including its chair, met live in the Blumer Community room, along with the Mayor, department heads, media, and members of the public. But members of the public could also participate in the meeting via the Zoom platform.

There are more than two dozens boards, committees, and commissions in the City of Framingham. If they meet in person, they must hold their meeting in an accessible, public location, but they also need a room that an handle Zoom or remote access technology, too.

The availability of that is now limited to just two rooms at the Memorial Building, Framingham’s City Hall.

“Currently the only room that is equipped for full hybrid is Blumer, and that’s for meetings that are being broadcast by Government Access.  We are working on adding the hybrid capability to Blumer for non-broadcast meetings, as well as Ablondi and smaller conference rooms (including Conference Rooms 1 and 2),” said the City’s spokesperson Kelly McFalls to SOURCE earlier today, June 23.

Chairs of several Framingham Committees and Board asked the City to help fix this issue.

The state issued guidance to boards and commissions. It included “the new law allows public bodies to continue providing live “adequate, alternative means” of public access to the deliberations of the public body, instead of holding meetings in a public place that is open and physically accessible to the public. “Adequate, alternative means” may include, without limitation, providing public access through telephone, internet, or satellite enabled audio or video conferencing or any other technology that enables the public to clearly follow the proceedings of the public body in real time.” Developer Withdraws Petition From ZBA For 75 Units on Central Street