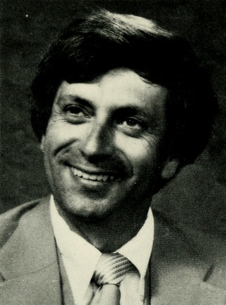 Rogers served in the State House, representing Framingham from 1974 to 1984.

In the early 1970s, he served on the Framingham School Committee and the School Building Committee.

A graduate of St. Stephen’s Elementary and Marian High School, he graduated from Boston College.

He was active in local and state government, and was one half of Rogers & Rogers, a full service law firm in Framingham, with his sister Janice Rogers, who serves on the Framingham Housing Authority.

“Our friendship lasted more than 70 years,” said Martin Mulvey. “Drew and I met in the first grade. We went to grammar and high school, and college together.”

“We were roommates at Boston College,” said Mulvey.

“Drew made a huge difference in Framingham,” said Mulvey. “He was on the School Committee. Then became state representative. He had great pride for his Town of Framingham. He worked tirelessly for Framingham. I remembering we wore out our pairs of shoes knocking on doors during his campaign, as opposed to today where people post on Facebook to campaign.”

Former City Council Chair and former Select Board Chair Dennis Giombetti worked for Rogers when he was state representative.

“”Drew was a great guy. He lived life to the fullest, he loved life and when you were with Drew it was always fun. He was a highly accomplished man, personally, professionally and politically yet he never took himself too seriously. When you met Drew you never forgot him because he had that kid fun loving magic about him.. He was a very kind, humble man and a very loyal friend to many including me. I will miss him dearly,” said Giombetti.

“He truly made a big impact in Framingham,” said Mulvey, who added, “he always had a positive outlook in life.”

“We were best friends for life. I am going to miss him, as he was always an integral part of our family,” said Mulvey.

“We are devastated. I can’t even think that he is really gone,” said former City Clerk Valerie Mulvey. “We were together this past weekend. He has always been a part of our family.”

Mulvey said Rogers had deep roots in Framingham and was a “true townie.”

“Drew was a very good man, and even though he had policy difference, he was a lifelong faithful Democrat,” said Magnani, who challenged Rogers for his state representative seat in 1984 and won. “It is always hard to challenge someone you know. We just had different political philosophies.”

“We were classmates together at Marian High School, and Drew was one of the most popular members of our class. he was faithful, with a great sense of humor, and always putting people at ease,” said Magnani, who was working with Rogers on a committee for a 60th reunion committee for their Marian High class. “Drew always had a good sense of humor. He was highly social and put people at ease. Literally, everybody liked him at Marian.”

“I can’t remember when or where I first met Drew Rogers. I just remember I was with my dad and that he thought the world of him,” said City Councilor Janet Leombruno. “Drew loved Framingham and he served it well. He leaves a legacy and a list of lifelong friends. And it didn’t matter how well you knew him , he treated you as if he knew you forever. He truly will be missed by those, that knew him best. My heart goes out to them.”

“I was stunned when I got the call from a mutual friend this morning. I first met Drew when I was a sophomore in high school and my mom became the secretary in his law office. He was a great boss, lawyer, and friend,” said former City Councilor Cheryl Tully Stoll.

“What I will remember most about him however; was how much fun he was. I remember multiple times over the years, where Drew would spontaneously do something completely unexpected and brilliantly funny. Drew always lived life to its fullest; and that’s an example we can all learn from. I extend my family’s thoughts and prayers to the Rogers family at this sorrowful time. Drew was one of a kind,” said Tully Stoll.

“Drew’s sudden passing leaves all of us shocked,” said former State Rep. John Stefanini, who took the state representative seat after Magnani vacated it to become state senator. “While we served almost a decade apart, Drew’s reputation for getting things done and his personal relationships with colleagues remained long after my decade in the House. he will be missed.”

“Drew was larger than life and always smiling,” said Keefe Tech School Committee member AJ Mulvey. “He was a one-man party. Where ever Drew went, it was instantly more fun, when he arrived. He shared his time with everyone, and was one of the most genuine person I’ve ever met.”

“I can remember Drew back to when I was a teenager,” said Framingham City Council Chair George P. King Jr. “I will always think of him as an ageless, energetic guy, always optimistic and enjoying life.  I am stunned and saddened by his sudden passing and extend condolences to his family.”

The news outlet will also be adding tributes to this report, as they come in. Individuals can email the editor at editor@framinghamsource.com. 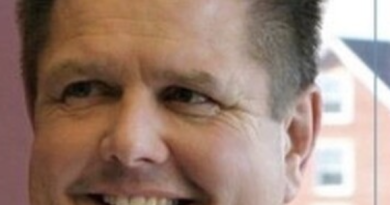 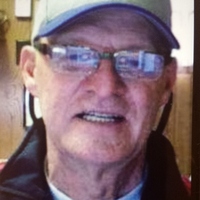 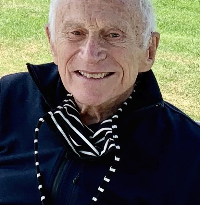