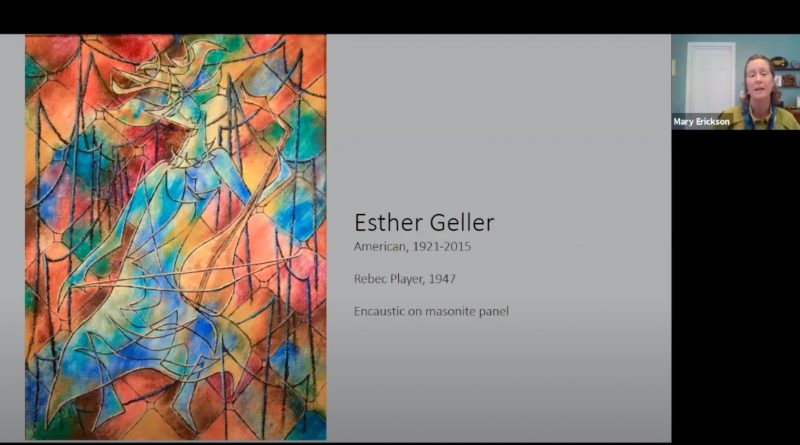 Even though the viewers could not physically attend, Erickson gave them the experience of a tour by giving detailed and thoughtful explanations of the art.

For each piece, she told the audience notable facts about the artist, their techniques and style, and how the piece could potentially be interpreted.

Many of the pieces in the collection came from artists that lived or had lived in Massachusetts. Some notable artists included Charles Sprague Pearce, a Boston born artist known for his realistic portrait of French peasant nuns,

Esther Geller, a Natick-born expressionist who specialized in encaustic painting, and Mia Cross, a former Framingham resident and oiler painter who is known for “exploring color, the human figure, and narratives,” in her paintings such as “Another Girl Who Sat on the Couch Too Long,” and “We the People II.”

However, despite the various differences in style, many of the artists expressed similar themes in their paintings, such as death, trauma, the beauty of nature, community life, and various forms of political and social activism.

Besides the permanent collection, Erickson also told the audience about two traveling exhibitions: Wonderscape, which looks at escapism and the human stream of consciousness from a visual perspective, and Suspended Landscapes, which focuses on pieces that “walk the line between an escapist fantasy and a dark warning of chaos.”

She then concluded the presentation by encouraging people to check out the museum or it’s website.

The Museum is open Tuesdays through Sundays from noon to 5 p.m. 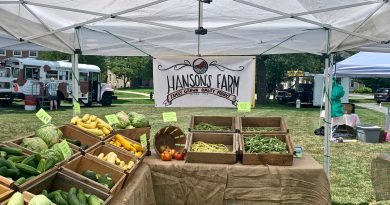 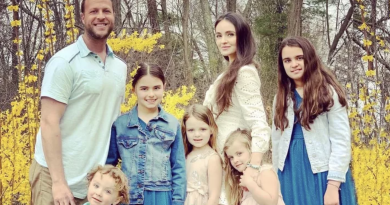