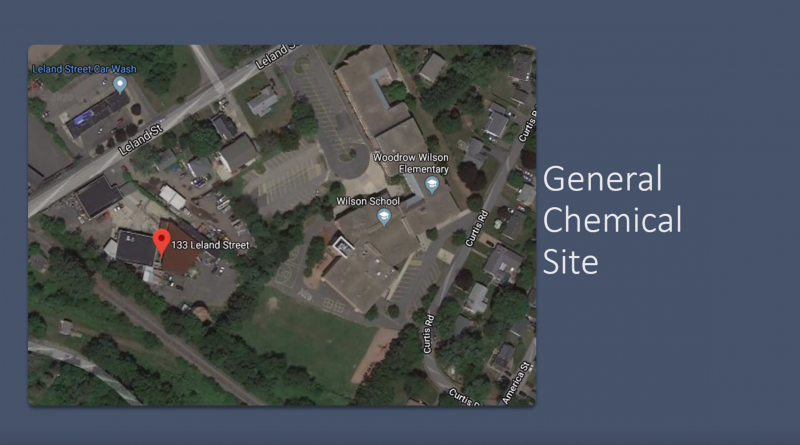 FRAMINGHAM – The Massachusetts Department of Environmental Protection (MassDEP) announced an increase in chemicals were found in the water near the former General Chemical site, after tests were conducted in April & May.

MassDEP issued an update on the cleanup of the former General Chemical site located on Leland Street in Framingham recently.

Groundwater samples were taken from two locations on the site in April & May to determine baseline groundwater quality, prior to scheduled cleanup activities this spring.

Polyfluoroalkyl substances (PFAS) , which are man-made chemicals were included as part of the testing due to the established drinking water standard.

The General Chemical site is located at 133 Leland Street and was initially used as a bulk fuel terminal by Gulf Oil in the 1920s. During the 1960s, the site began a hazardous waste treatment with storage and used solvent recycling. In 2012, the site ceased operations.

The recent 2021 laboratory results showed elevated levels of PFAS6, well above the Commonwealth of Massachusetts standard from the samples collected.

The MassDEP drinking water standard is based on studies of the six PFAS substances and studies of exposed people.

Overall, these studies indicate that exposure to sufficiently elevated levels of the six PFAS compounds may cause developmental effects in fetuses during pregnancy and in breastfed infants. Effects on the thyroid, the liver, kidneys, hormone levels and the immune system have also been reported.
Some studies suggest a cancer risk may exist following long-term exposures to elevated levels of some of these compounds.

The PFAS compounds found on the General Chemical site will not be vaporized by the Electrical Resistance Heating process used at the site, as part of the cleanup this year.

This is because the temperature needed to vaporize the PFAS compounds would be 350-400 degrees Centigrade.

The Electrical Resistance Heating system will only heat the groundwater to 100 degrees Centigrade.

Thus, the thermal treatment will not increase the concentration of PFAS found in the surface water that flows into Course Brook, said MassDEP.

Course Brook is located adjacent to Merchant Road field, the prison, the Lancers property, and behind Framingham DPW HQ on Western Avenue. Course Brook flows through Sherborn, Framingham, and Speen Street in Natick, discharging into Fisk Pond in Natick.

However, surface water testing samples will be taken monthly from June to December 2021 from Course Brook, explained MassDEP.

The samples will be analyzed for both PFAS and chlorinated solvents, said the state agency.

If the groundwater wells need to be activated during operation of the thermal treatment system, the groundwater will be consolidated into the aqueous waste stream for discharge into the MWRA sewer system, said MassDEP.

The aboveground piping and connections associated with the water and wastewater connections will be installed, said the state agency.

If all goes according to schedule, this month, soil vapor monitoring points will be installed surrounding the treatment zone, and in the basements of several nearby residential Framingham homes, to ensure that contaminated vapors are not migrating away from the treatment area, said MassDEP.

During the second week of June, the soil vapor points will be sampled, along with the indoor air of nearby homes, to obtain baseline data prior to testing and startup of the remedial system, said the state agency.

A temporary fence will be placed along the fence line with the Wilson Elementary School property to keep children away from the General Chemical fence, said MassDEP.

All groundwater monitoring wells within and in the general vicinity of the treatment zone will be decommissioned by filling them with grout, said MassDEP.

Prior to activation of the power drop, signs will be posted in English, Spanish and Portuguese along the fence to warn residents and workers in the area that high voltage is in use at the property, said MassDEP.

Prior to activation of the treatment system, a meeting will be conducted involving representatives of MassDEP, Aptim, TRS, and City of Framingham staff to discuss system operations and actions that will be taken in the event of an emergency to protect residents in the surrounding community, announced MassDEP.

On the same day, a Site Health & Safety meeting also will be held with abutting residents and contractors at 155 Leland Street to discuss the thermal treatment system. That meeting has yet to be announced.

System startup testing is scheduled to start on June 14 and run through June 25.

System operation is scheduled to begin on June 28 and run through October 1.

From mid-April through May, MassDEP’s work was focused on the installation of components to the thermal remediation system. The schedule is for this work to be completed by June 14.

There are two major treatment systems being installed: one focused on vapor treatment and the other focused on liquid treatment. The remediation system will also factor in the already-existing wells to prevent further ground and water contamination on the site.

To be able to provide the electricity necessary to run the remediation system, a power drop is currently being installed with a pad having been constructed and a transformer just arriving.

The installation has included the development of a contingency plan to outline what actions will be taken at the site to protect the surrounding community and secure the system in the event of an emergency.

In addition to the installation, MassDEP has continued to collaborate with the Massachusetts Water Resource Authority in order to obtain the necessary sewage permits for the project.

The final permit application that will be submitted to the MWRA will include:

The treatability study is to ensure that the liquid effluent treatment system reduces contaminant concentrations in compliance with MWRA discharge limits.

Once the permit application has been approved, the MWRA Sewer Use Discharge Permit will be issued and the connection to the MWRA sewer system will be secured.

The estimate is $9 million to clean up this site.

Right now, only about $2 million is budgeted to clean up the site.

The General Chemical site is located at 133 Leland Street and was initially used as a bulk fuel terminal by Gulf Oil in the 1920s. During the 1960s, the site began a hazardous waste treatment with storage and used solvent recycling. In the decades following the 1960s, multiple licenses were given and issued by MassDEP to the site.

In 2012, General Chemical ceased operations and began to plan and carry out decontamination of buildings, tanks, and equipment under MassDEP supervision. They were ordered to set aside over $1 million to clean up contaminated groundwater near the company in Framingham.

As of March 16, 2014, General Chemical and their property owner Trinity General have been required to keep testing and cleaning up contamination under an Administrative Consent Order. As of 2017, they have failed to comply with the order.

Isabella Petroni is a SOURCE intern. She will be a junior at the University of New England in Maine, enrolled in a dual-degree program of Environmental Studies and Marine Affairs, Her internship is focused on environmental issues. 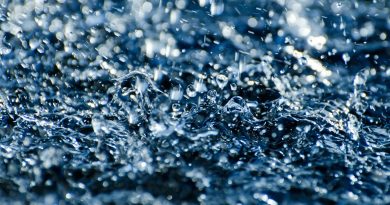 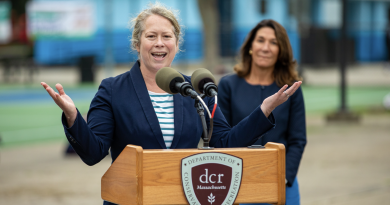 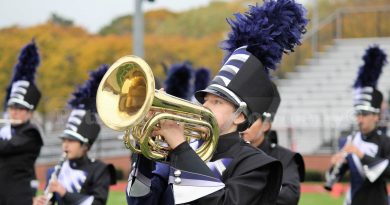