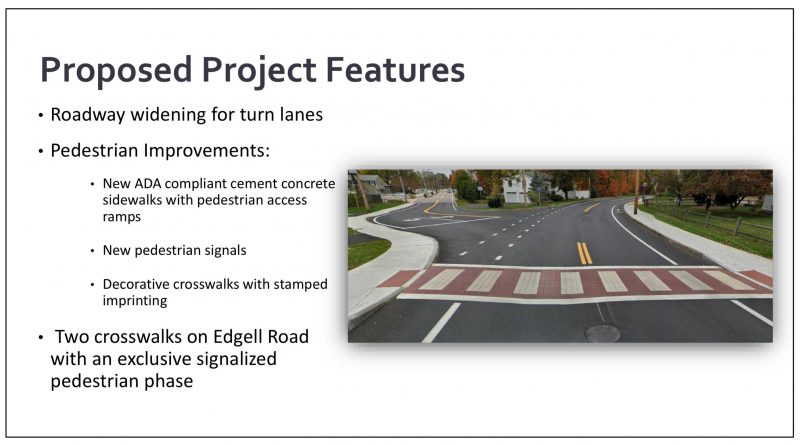 FRAMINGHAM The updated 75% plan for redesigning the intersection at Edgell Road and Central Street was presented by the City of Framingham Department of Public Works andthe Massachusetts Department of Transportation, known as MassDOT, at a virtual meeting on May 28.

Before presenting the 75% design plan, the city  took into account comments raised from the Massachusetts Department of Transportation (MassDOT) held a 25% design public hearing at the Village Hall in November 2019.

The 100% design plan is scheduled to be completed in August.

The design will include widen turn lanes, add pedestrian sidewalks and crosswalks, and incorporate bike lanes.

Ornamental traffic signals that keep within the architectural context of the area will also be added through the renovation, according to the presentation.

MassDOT will manage the project which is funded by the State Transportation Improvement Program.

The City in partnership with VHB, Inc., Framingham’s consultant for the project, reviewed the reasons for reconstructing the intersection at the meeting.

Not only would the plan improve the safety of pedestrians, bikers, and drivers, the renovations would increase the sight distance for drivers turning at the intersection’s bend, decrease car queues, and reduce vehicle speeds on the route.

The City and contractor presented the design plans and allowed the public to ask questions and make comments at the virtual meeting.

As the intersection exists currently, with three stops splitting Edgell Road and easing merging vehicles off of Central Street, the two-lane intersections have made it difficult for drivers to make left turns and created car congestion for drivers wading through this intersection.

With no crosswalks stationed at this intersection and poor sight distances for drivers approaching the stops, these safety hazards have created an increase in the number of car crashes at this intersection, as stated in the report released by the Department of Public Works.

While the plan to put in a traffic signal has been settled on since March, a roundabout was also considered.

The intersection is planned to undergo construction beginning in 2023, and the project will be complete sometime in 2024,  said Framingham Department of Public Works Senior Communications Project Manager Allyssa Jewell, to SOURCE earlier this spring.

“Once the signal is installed, and the associated geometric improvements are constructed, the intersection should enhance vehicular traffic flow and provide much needed safety and accessibility improvements for all users (vehicle/pedestrian/bicyclist),” Jewell said earlier this spring.

When construction begins in 2023, which is estimated to take around 18 months, one traffic lane in each direction will be maintained. Bike lanes and pedestrian crossings will also be available. Drivers accustomed to driving through the intersection will not have to worry about detours during the renovation. 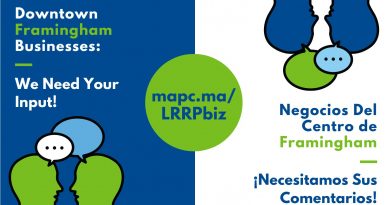 Commonwealth of Massachusetts Among Top 10 States Aggressive Against COVID-19