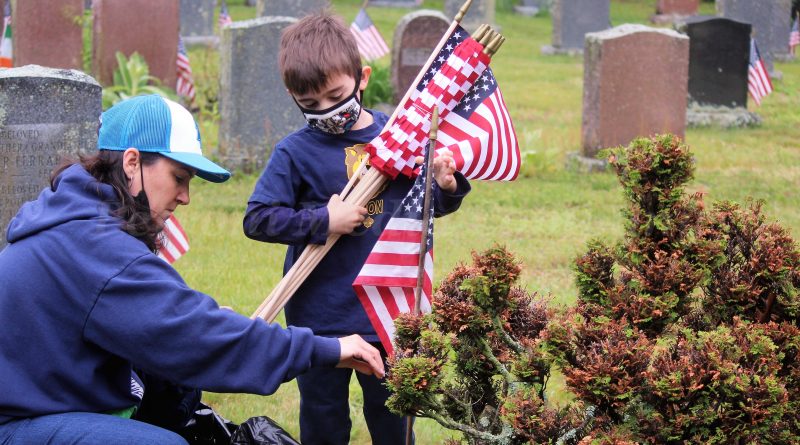 FRAMINGHAM – More than 100 volunteers quickly placed more than 2,500 flags on graves of fallen Veterans today, May 31 at Edgell Grove Cemetery in Framingham.

The task was completed in about a hour. It was one of the largest groups of volunteers in more than 15 years, possible the largest ever.

The flags are typically placed on the graves the Saturday before Memorial Day, but this year, like last year, they were placed on Memorial Day.

Boy Scouts and Girl Scouts were among the volunteers, a tradition started by former Framingham Veterans Services Officer Peter Harvell, more than a decade ago.

Moses Edgell donated the first 9.5 acres of what would become Edgell Grove Cemetery.

It was officially dedicated on Friday the 13th in October of 1848. Mary Pratt Eames was the first individual buried at the cemetery.

So impressed by the revolutionary rural design of the new Mt. Auburn Cemetery, a Town Meeting Committee sought the services of its designer, General Henry A.S. Dearborn, founder of the Massachusetts Horticultural Society and pioneer of the rural or garden cemetery, to design Edgell Grove Cemetery. He charged $5.50 to design the site.

During the Civil War, between 1861 and 1865, a horse drawn carriage brought dead Union Soldiers to the cemetery for a free burial from the train station downtown.

Former State Rep. and State Senator, and Baptist minister Charles Train was the first prominent citizen buried at the cemetery.

Now 58 acres, it was placed on the National Registry of Historic Places in 1990. Photography is prohibited at the cemetery except for special events like today. 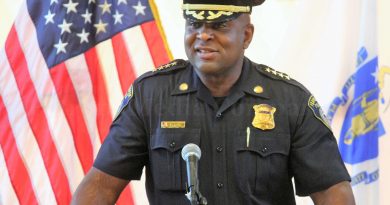 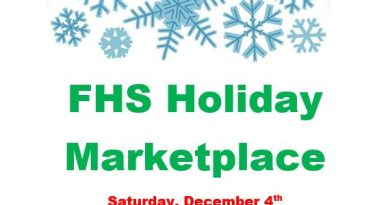 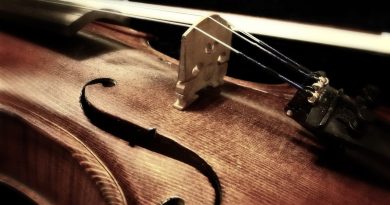