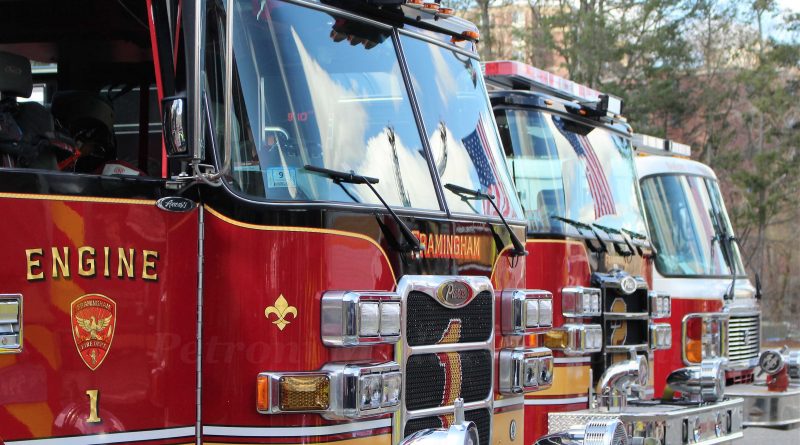 FRAMINGHAM – A man, 38, was extracted from a trash truck and flown to a Boston hospital this afternoon, said Framingham Deputy Fire Chief Sean Riley.

The driver of the trash truck noticed in his camera, a man in the back of the truck, as the truck was crushing the contents, said the deputy chief.

The man was flown to a hospital in Boston, with crushing injuries, said Deputy Chief Riley.

Chief Dutcher said he was taken to Boston Medical Center.

“The firefighters climbed down into the trash truck, using a ladder and started medical care,” said Chief Dutcher. “The patient was placed in a stretcher, raised up into the bucket of the tower, and delivered to the medics on scene.  Great teamwork by crews on scene.”