The Massachusetts legislature has been ranked 47th out of the 50 states for our government’s openness and transparency. This is unacceptable.

Committee votes in the House are not publicly available disenfranchising constituents from knowing how their representatives vote in committee. Bills are only required to be made public 24 hours before they are voted on, not giving voters enough time to review legislation and forcing representatives to vote the way of the Speaker.

Since 2015, the Speaker is bound to no term limits and yields incredible influence and power over representatives, with House Democrats voting with the Speaker 90-100% of the time. The Speaker also controls the salaries of representatives through appointments, invoking fear in members who oppose the incredible power wielded by the leadership structure.

Will David Linsky come out in support of reinstating term limits on the Speaker, opening committee votes to the public, and requiring bills to be available for at least 72 hours before they’re voted on? Or will our representative make it clear he cares more about the feelings of the Speaker than he does of the people?

This is the time for Representative Linksy to show his House colleagues and his constituents that the people are his boss, not the Speaker.

The House will vote to enact these rules changes in July and so far only 20 House Democrats have pledged to vote for them.

Massachusetts citizens must come together to pressure representatives to vote for these basic transparency rules. Write emails, make phone calls, or join/visit local actions like the one being held on Natick Common this Saturday, May 15, from11 a.m. to 1 p.m.

The failure of our legislature to ensure transparency is undemocratic and wrong. It’s not too late for representatives like Mr. Linsky to show their allegiance is with the people, and vote for transparency. 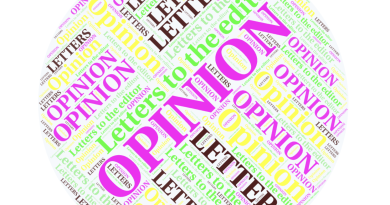