In full transparency, the following is a press release from the Massachusetts Nurses Association.

WORCESTER – As the St. Vincent Hospital nurses continue into their 10th week on strike for safer staffing to ensure safer patient care, Dallas-based Tenet Healthcare today announced that they are posting the positions of the nurses to permanently replace them, which the nurses view as yet another cynical tactic to intimidate the nurses and to avoid being held accountable for addressing the longstanding patient safety crisis at the hospital.

It is ironic, though not surprising for Tenet, that they chose to make the announcement on May 12, which is Florence Nightingale’s birthday and marks the end of National Nurses Week.

In response, the nurses remain unmoved by the announcement, having fully expected Tenet to move in this direction, and see it as yet another desperate attempt to avoid negotiating in good faith with the nurses; while once again demonstrating the for profit corporation’s complete lack of respect for the nurses and the valuable role they have in protecting the community.

”It is truly sad that Tenet has stooped to this level, and their decision to move in this direction just demonstrates the lack of integrity of this organization, and how little they value the nurses of this hospital who, particularly in the past year, have sacrificed so much for our patients and the community Tenet is here to serve,” said Marlena Pellegrino, RN, longtime nurse at the hospital and co-chair of the nurses’ local bargaining unit.  “Unfortunately, Tenet fails to understand the deep connection our nurses have to this hospital and this community, which we have faithfully served, some of us for decades. We will not be intimidated, and we are firmly resolved to continue our strike for as long as it takes, with the knowledge that there is no way that they will be able to replace us, as nurses across the state are supporting our strike and understand the issues behind this strike and what we are fighting for.”

The St. Vincent nurses strike has been widely lauded throughout the nursing community across the state and the nation, and the nurses have been held up as being heroes for the stand they are making in the wake of the worst public health crisis in the nation’s history.

Hopes of continuing negotiations to end the strike were dashed on Friday when Tenet refused the nurses’ offer to get back to the table.

The parties held their third round of negotiations on Wednesday, and while some movement was made in some areas, there are still significant differences on the issue of staffing that still need to be resolved before a settlement is possible.  At the end of the session, after the nurses delivered yet another counterproposal to the hospital, the talks ended, with the nurses informing Tenet that they would be sharing the hospital’s latest proposal with their members on Thursday, and offered up Friday as a day to continue the process.

At a meeting with their members held via zoom on Thursday morning, the negotiating committee went over the hospital’s proposal line by line, and when done, the members voiced loud and unanimous dissatisfaction with the offer, as it once again fails to provide the staffing improvements and other protections nurse need to safely care for patients.  Later that afternoon, the mediator informed the nurses leadership that Tenet would not meet on Friday, and will not meet until the nurses agree to compromise on their call for safer staffing.

As the nurses and Tenet resumed talks on Wednesday, leading public officials once again lent their voice to the nurses’ cause as Senators Warren and Markey, and Congressman McGovern and Congresswoman Trahan sent a letter to Tenet CEO Ron Rittenmeyer and members of the Tenet Board urging Tenet to “continue meaningful negotiations and remain at the bargaining table until the Hospital and the MNA reach a deal.”

The nurses’ strike has galvanized support from a variety of public officials, labor, faith-based organizations, and community advocates, including the entire Worcester City Council, the Worcester state legislative delegation, Senator Elizabeth Warren, Senator Edward Markey Congressman Jim McGovern, Congresswoman Lori Trahan, and Attorney General Maura Healy, who have all visited the nurses strike line.  Prior to the strike Senators Warren, Markey and Congressman McGovern sent another letter to Tenet’s CEO in Dallas urging Tenet to negotiate with the nurses to address the nurses’ concerns over needed staffing improvements to ensure safe care.  On April 28, the Massachusetts Building Trades Council delivered a letter to Tenet CEO Carolyn Jackson announcing that the council will not be sending its 75,000 members to the hospital for care until the strike is resolved. 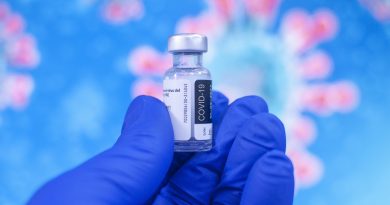 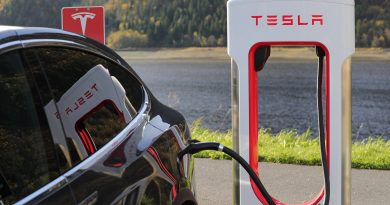 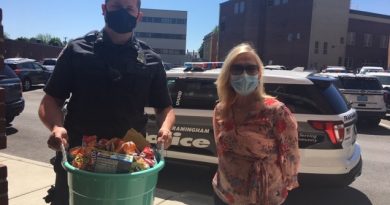 Photo of the Day: Rehab Facility Donates to Framingham Police