BOSTON — Today, May 5, Massachusetts Governor Charlie Baker announced the nomination of Judge Honor Segal as Associate Justice of the District Court. Judge Segal has served since 2017 as an Administrative Judge for the Massachusetts Department of Industrial Accidents, and has more than 16 years of legal experience.

“The deep legal experience Judge Segal has built presiding over cases as an Administrative Judge and handling matters before courts across the judicial system has prepared her well to serve as an Associate Justice of the District Court,” said Governor Charlie Baker. “I am pleased to submit this nomination to the Governor’s Council for their advice and consent.”

“As an Administrative Judge and throughout her career, Judge Segal has demonstrated her commitment to fairly serving the public,” said Lt. Governor Karyn Polito. “If confirmed by the Governor’s Council, I am confident that she will maintain that commitment as an Associate Justice of the District Court.”

The District Court hears a wide range of criminal, civil, housing, juvenile, mental health, and other types of cases. District Court criminal jurisdiction extends to all felonies punishable by a sentence up to 5 years, and many other specific felonies with greater potential penalties, all misdemeanors, and all violations of city and town ordinances and bylaws. In civil matters, District Court judges conduct both jury and jury-waived trials, and make final determinations on any matter where the likelihood of recovery is no more than $50,000 (for cases commenced on or after January 1, 2020).

The District Court also tries small claims involving up to $7,000 (initially tried to a magistrate, where the defense has a right of appeal either to a judge or a jury). If confirmed by the Governor’s Council, Judge Segal will fill the seat vacated by the Honorable Mark S. Coven.

Segal has served since 2017 as an Administrative Judge for the Department of Industrial Accidents, where she presides over workers’ compensation cases and drafts decisions and orders for publication. Prior to her appointment as an Administrative Judge, Judge Segal served from 2013 until 2016 as Assistant General Counsel for the Department of Industrial Accidents, litigating administrative, civil and criminal matters and drafting departmental policies and procedures.

Before joining the Department of Industrial Accidents, Judge Segal also served as Legal Counsel and Senior Banking Analyst for the Joint Committee on Financial Services from 2012 until 2013, where she advised the Chair and Committee members on legislation and policy issues related to banks and banking institutions.

Judge Segal began her legal career in 2005 as an Associate Counsel for the Law Offices of Ronald Ian Segal and Stephen D. Judge in Lynn, where she litigated criminal and civil matters before the District Court, Superior Court, Appeals Court and Immigration Court. She then served from 2006 until 2010 as an Assistant District Attorney in the Essex County District Attorney’s Office, prosecuting criminal matters in the District Court and Juvenile Court, before joining the Law Office of John Andrews, PC, in Salem from 2010 until 2012. In this role, she litigated matters in the District Court, Superior Court, Housing Court, Juvenile Court and Family Court, in addition to administrative law proceedings before state agencies.

Judge Segal earned her Juris Doctorate from the University of New Hampshire Franklin Pierce School of Law, and her Bachelor’s Degree from Salem State University.​​ 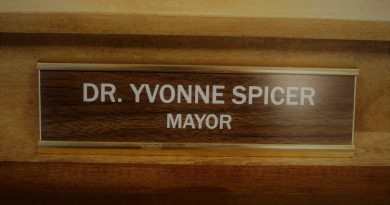 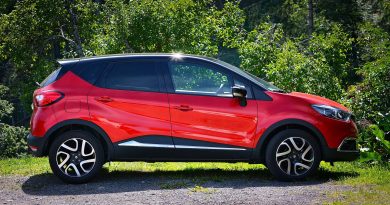