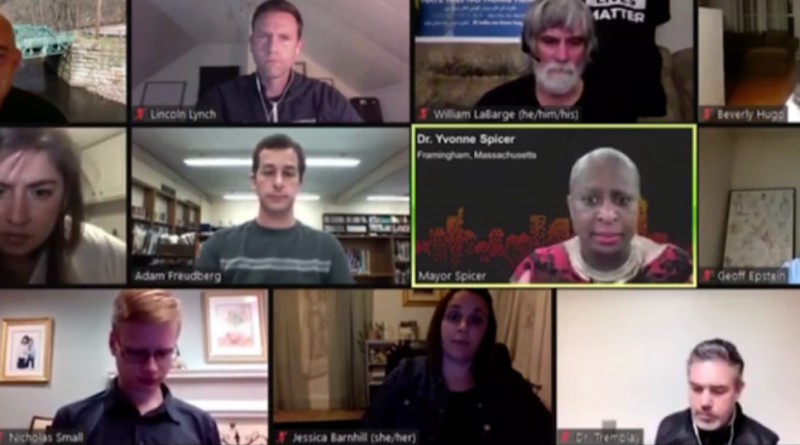 FRAMINGHAM – The City of Framingham’s Chief Financial Officer sent an email to Superintendent of Schools Bob Tremblay telling him when Mayor Yvonne Spicer releases her Fiscal Year 2022 budget on Friday, April 30, the Framingham Public Schools could see $1.4 million less than what the Framingham School Committee unanimously approved in March and submitted to the Mayor for her budget.

Chief Financial Officer Mary Ellen Kelley had recommended a $146.8 million budget or a 2.5% increase in January. In that April 26 email to school administration she said it is unlikely the Framingham Public Schools would get more than the 2.5% target.

“We are currently out of balance by about $4.4 million in the General fund and that’s with a full 2.5% levy increase and using $3.9 million in free cash.  I cannot use much more than $2 million of the $13.9 million in federal funding to close the gap in the general fund, since I will need probably $4.5 million to offset revenue loss in the water and sewer funds.  The remaining money, $7.2 million, needs to go to the other five uses of the funds – rental assistance, small business assistance, infrastructure improvements in water, sewer and broadband, economic development, and there are still pandemic costs like building cleaning, PPE purchases and funding the ongoing testing sites (we have to pay for the rent and police details,” wrote Kelley.

“We are restoring some of our most important costs, but the positions we cut last year are staying cut with the exception of three library positions in order to comply with the state Minimum Appropriation requirement.  Health insurance is going up $2.624 million or 7.6%; 66% of this cost is paid on behalf of school employees and retirees.  Retirement is increasing 7% or $1.2 million.  That’s $3.8 million just for those two items.  Keefe Tech is going up $459,257.  Cherry sheet charges are going up $400,559–$359,057 of that is tuition assessments.  We have to stick with our General fund target because of all the other expenditure increases.  We will still have departments that will be less than FY20 … We are trying to fund a 1% COLA across municipal budgets but that will be tight,” the CFO wrote to school administration.

The email was shared with the 9-member School Committee members, which means it became a public email, under the state’s public records law.

When District 7 School Committee member Maskell questioned where she was the Mayor was that night, Spicer said she had a previous engagement that had been scheduled a year ago.

The speaking engagement was actually a sorority-hosted panel discussion on “the racial disparities in COVID-19 recovery” in Boston held virtually. (see flyer below)

School Committee Chair Adam Freudberg also expressed his frustration with the CFO implying that the school department could receive $1.4 million less than requested in the Mayor’s budget.

“We have asked since January for more updates on that (budget number) and never got the answers,” said Freudberg last night. “I do have concerns about the CFO’s email in which its say you will be cutting the school department budget by over a million dollars. … It is very troubling, especially since we tried to work that out to avoid this moment in time.”

The Mayor is expected to release her proposed Fiscal Year 2022 budget on Friday, April 30. The City Council will have to approve it before June 30.

The City Council voted to authorize additional funding for the School Department, above the mayoral request.

The City Council can vote to increase the school budget. All other budgets they can either approve or reduce, under the charter.

“The reality is the money is not there,” said Mayor Spicer last night at the School Committee meeting. “It goes back to our original conversation regards the 2.5% increase.”

“We are still flying the ship while gathering local resources,” said Mayor Spicer.

“Receipts are down and all of this is a reality for our city,” said the Mayor.

“I want to be very clear … I support schools 100% but we have got to work together and use all of our resources,” said the Mayor, who also added the City has a water & sewer deficit to deal with.

“The tone of your voice is very defensive,” Maskell told the Mayor. “You had plenty of opportunities to be at our meetings and you chose not to be.”

Maskell said she was tired of the surprises with the budget.

District 9 School Committee member William LaBarge was even harsher with the Mayor.

“I’m sorry to say I can not take what the Mayor says at face value,” said Labarge, noting that the Mayor noted a fact at the meeting, which the chair of the School Committee later explained was inaccurate.

“The Mayor broke the promise the implicit promise that the Mayor would be here on March 31 of this year on the purpose of discussing the budget,” said LaBarge. “I’m just having a problem with that.”

“Our job as community leaders is to take care of those most in need,” said Maskell, Vice-Chair of the School Committee today, April 29. “While we are still in the midst of a pandemic how are we going to take care of our kids and our burnt out educators if the Mayor never ever stops reducing the budget? Instead, she says one thing erroneously about enrollment funding, and her Chief Financial Officer says another. Neither of them show up to our meetings when requested in advance of our budget vote. Instead, Mayor Spicer chose to go to a sorority event instead of working with the school system on a budget for the most important school year in recent history.”

“The School Committee was notified of Mayor Spicer’s intent to reduce the school budget by $1.4 million in the scheduled budget submission expected Friday,” said Freudberg, elected to represent District 4. “This is now the Mayor’s 6th education budget reduction during the pandemic. Over the course of a multi-month budget process the District and Committee sought multiple ways to avoid this moment in time by inviting collaboration, exchanging ideas, and working together on a zero based budget process that previously reduced school requests to propose a fiscally responsible solution to our urgent education needs. However, the reality has resulted in an inability for the Mayor to work together to tackle consistent solutions in partnership with us. This problem now results in the lowest school budget year to year change since former President Obama’s early days in office and the iPhone 3’s phase out of the flip phones.”

The School Committee chair said the “impact of the series of chronic cuts are real and hurt the thoughtful, strategic, and transparent planning the District has in mind for pandemic recovery, as well as long term structural stability.”

“Federal and state funds help, yet they cannot plug operating gaps without creating serious financial problems for the years ahead. Our state legislators and Members of Congress all work too hard to advocate and secure education funding for Framingham. I expect they do not wish targeted education dollars to be diverted to the sewer/water enterprise fund,” said Freudberg.

“I truly hope Mayor Spicer reconsiders this $1.4 million cut and files a budget tomorrow that fully funds the amount our education leadership worked for months to develop. For those who care about education in our community, I encourage you to pay attention to the now 6th education reduction by Mayor Spicer during this pandemic. The next two months are full of crucial actions that will set the tone on what the city can and cannot do for many years to come,” said the School Committee chair Thursday afternoon, which awaiting to see the Mayor’s budget proposal.

And a potential $1.4M operating reduction based on the CFO’s email. 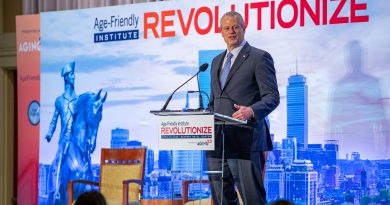 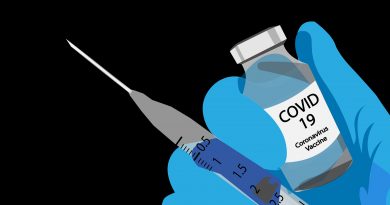