FRAMINGHAM – Troopers assigned to the State Police-Andover Barracks today, April 27 at 12:23 p.m. responded to a report of a vehicular rollover in the median of Route 495 southbound in Tewksbury.

The crash occurred near the exit for Route 38 (Exit 92). Tewksbury Fire also responded, and MassDOT provided assistance with traffic control. There were no other cars involved in the crash.

First responders located a 2001 Mercury Sable sedan with a Massachusetts registration that had drifted into the median and subsequently rolled over, going down a shallow embankment within the median.

Tewksbury EMS rendered aid to the operator,  identified as Kevin Furey, 61 of Hopkinton, but he was determined to be deceased at the scene.

Evidence indicates the victim had a medical emergency while operating the vehicle prior to the crash. The operator was the only occupant of the vehicle. 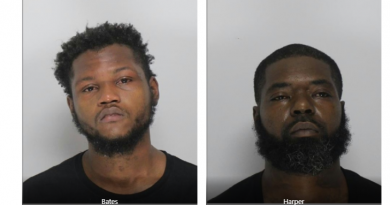