WASHINGTON DC – Assistant Speaker Katherine Clark (MA-5) released the following statement in response to President Joe Biden’s declaration that the Ottoman Empire’s killing of 1.5 million Armenians 106 years ago was an act of genocide.

“I commend President Biden for formally acknowledging the atrocity of the Armenian Genocide, a long overdue step forward in our nation’s march toward truth and justice for all people,” said Congresswoman Clark.

“Today marks 106 years since 1.5 million Armenians were massacred, one of the most horrific acts of violence in recorded history. With the President’s recognition, we are no longer looking away from this truth, but rather confronting it head on and condemning any efforts to erase it from our collective memory,” said Rep. Clark, a Democrat.

“We have seen the resilience of the Armenian people around the world. My district is home to Watertown, Massachusetts, that boasts a strong and vibrant Armenian community. I have had the privilege of getting to know many of them, and their strength as a community is an example to all of us.“As we recognize that dark time in our world’s history, let us renew our commitment to peace. By speaking truthfully about the Armenian Genocide, we can truly begin to heal and learn from history,” said Rep. Clark. 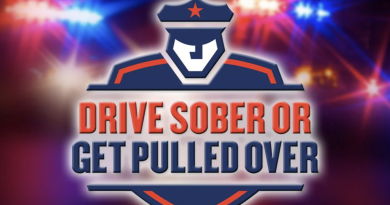 MassDOT Participates in National ‘Drive Sober or Get Pulled Over’ Campaign