FRAMINGHAM – Framingham and Sudbury Police are looking for man who exposed himself to two women at Nobscot Reservation today.

The two women parked in the lot and enter the trails. While walking, they noticed a male walk by them, and a little while later noticed he was following them, said Sgt. Rachel Mickens.

The two women told police the man exposed his penis to them, said Sgt. Mickens.

He did not speak to the women, she said.

The women exited trails on to Carter Drive and called police.

It is unknown where the male suspect went from there, said police.

Sobriety Checkpoint in Middlesex County First Weekend in May 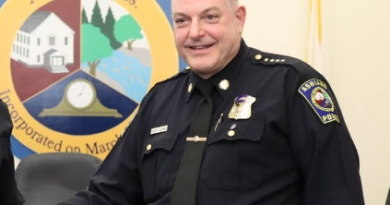 Ashland Police Chief: ‘This Is Not A Vacation’; 2 Reckless Acts in Less Than 24 Hours