BOSTON – It’s no April fool’s joke. Some parts of the Commonwealth, and even MetroWest could see snow this weekend, according to the National Weather Service.

Tonight, the forecast calls for rain and a low temperature of 35 degrees.

Friday’s forecast calls for rain and highs near 40 degrees. Chance of precipitation is 100%. New precipitation amounts between a half and three quarters of an inch possible.

But Friday night around 10 p.m. the rain could change to snow. Temperatures will be in the 30s, with a north wind around 15 mph. Chance of precipitation is 70%. Little or no snow accumulation expected.

On Saturday, there is a change of snow before 7 a.m. Rain is still possible in the morning. The day will be mostly cloudy, with a high near 48. Chance of precipitation is 30%. Little or no snow accumulation expected.

Saturday Night will be calm and mostly cloudy with a low around 37 degrees. MetroWest Could See Snowflakes This Week Snow Possible Friday, Wind Chills Could Be Minus 20 Friday Night 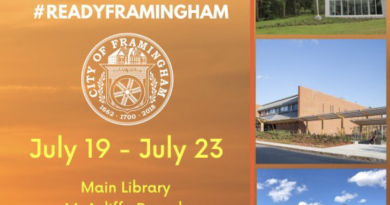