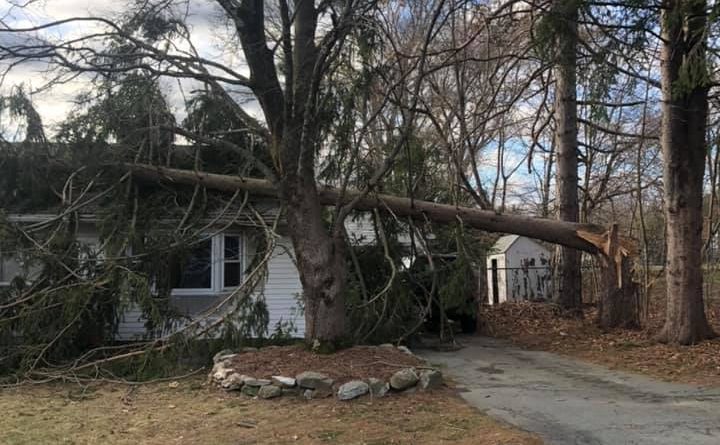 This incident occurred between 7:25 to 7:40 a.m. said Michael Hildreth, a freshman from Framingham State University, who was home at the time with his sister.

The tree fell [hung over] right in front of the house over the living room and bathroom areas on top of the roof, said Hildreth, 18.

Hildreth said that there was also a “strong branch” that ripped through the ceiling over the shower in the bathroom of the household.

He added that no one was hurt, but his sister was in the bathroom getting ready at the time when the “strong branch” came through the ceiling.

“The sound of the tree hitting the house sounded a lot like a clap of thunder,” he said.

The Hildreth family has been living at 21 Jane Bar Circle in Framingham for more than 22 years, and this tree has been there since then as well.

“We have had that tree there for a long time since I have lived here, and I am pretty sure the tree was dead,” said Hildreth.

He said his household consists of five members who live with him and only two of them were home at the time of the tree falling onto the house.

He added that the other side of that tree [a few years ago] fell on their neighbor’s house, and “now it was this side’s turn to fall onto ours.”

He said that the tree did get close to hitting his car in the driveway and went right over it.

“It just fell right over it, so it worked out pretty good,” he added.

“Right now, they are looking at the roof – there are three to four holes into the roof and right now going through every step at a time,” said Hildreth.

He said that the electrician is working on restoring their power back on and hoping to have it back on by today, March 30.

Hildreth added that he is not sure how long this will take but they are going to be fixing the roof soon either the entire roof or just the holes that were made from the tree.

Photos from the family 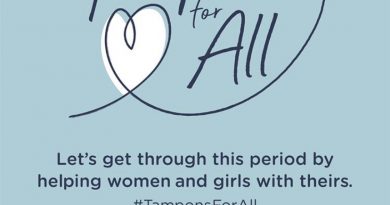 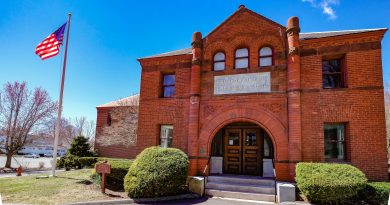 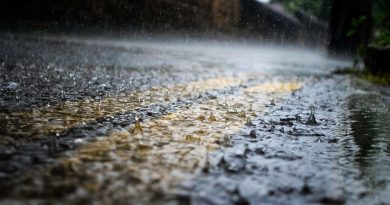