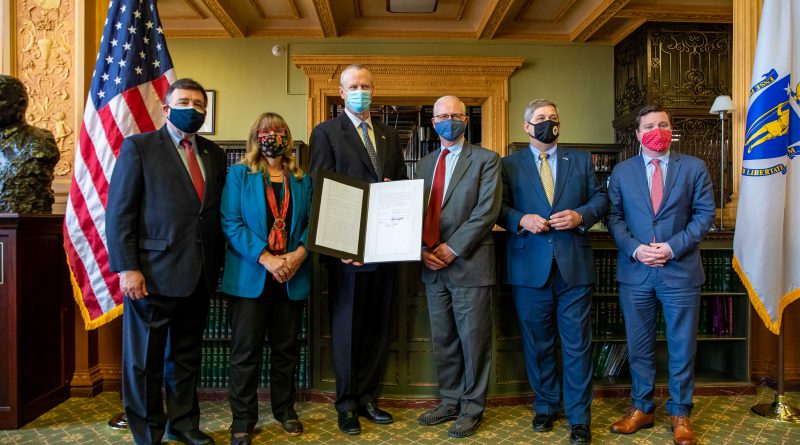 Building upon the framework established in the Administration’s 2050 Decarbonization Roadmap and Clean Energy and Climate Plan for 2030, the bipartisan bill allows the Commonwealth to pursue ambitious emissions reduction goals in a cost-effective and equitable manner while creating jobs and opportunities for economic development throughout Massachusetts.

“Climate change is an urgent challenge that requires action, and this legislation will reduce emissions in Massachusetts for decades to come while also ensuring the Commonwealth remains economically competitive,” said Governor Charlie Baker. “We are proud to have worked closely with the Legislature to produce bipartisan legislation that will advance clean energy sources and secure a healthy, livable environment for future generations.”

“This law outlines a clear roadmap to address our immediate climate crisis,” said Senate President Karen E. Spilka. “The tools included in this legislation will lead to lower emissions, a thriving green economy, and cleaner air and water for all. Thank you to Senator Barrett for your passion, dedication, and hard work on this legislation, Speaker Mariano for your partnership in seeing this through, our colleagues in the House and Senate, and residents of all ages for encouraging us to be bold in our climate solutions. I look forward to working with the Administration in implementing these crucial reforms.”

“Cities and towns across Massachusetts continue to face increasingly severe impacts from climate change, and the Commonwealth is answering the call for ambitious climate action,” said Lieutenant Governor Karyn Polito. “Our Administration has spearheaded nation-leading efforts to advance the development of clean energy, build resilience in Massachusetts communities, and reduce emissions through groundbreaking programs like the Transportation and Climate Initiative, and this legislation builds on that significant progress.”

The legislation signed by Governor Baker updates the greenhouse gas emissions limits related to the 2008 Global Warming Solutions Act, commits Massachusetts to achieve Net Zero emissions in 2050, and authorizes the Secretary of Energy and Environmental Affairs (EEA) to establish an emissions limit of no less than 50% for 2030, and no less than 75% for 2040.

“The legislation signed today is supported by a comprehensive, science-based analysis with significant stakeholder input that took place over a two-year period, culminating with the Administration’s 2050 Decarbonization Roadmap and Clean Energy and Climate Plan,” said Energy and Environmental Affairs Secretary Kathleen Theoharides. “The Baker-Polito Administration is committed to achieving our climate goals in an equitable manner that protects our most vulnerable residents, and this legislation includes important new provisions to ensure that our environmental justice communities no longer bear an undue burden of environmental pollution.”

“This landmark legislation will set Massachusetts on the path to net-zero emissions by 2050 and, in the process, help make Massachusetts a leader of the clean energy future. This bill reduces barriers to participation in green energy programs, and will empower environmental justice populations in the project review process,” said House Speaker Ronald Mariano. “I am grateful for Senate President Spilka’s shared sense of urgency in beginning this session by passing this legislation, and for Governor Baker’s contributions to the final product. I also want to thank Leader Golden for his years of work on these issues, and Chairman Roy for his quick work to get this bill over the finish line.”

“The legislation being signed today represents a step forward on so many important environmental fronts from natural carbon sequestration, to enhanced wind procurement, increased solar utilization, to greater energy efficiency standards, to gas line safety measures and much more,” said House Minority Leader Bradley H. Jones, Jr. “These efforts are all designed to ensure the Commonwealth remains at the forefront on these issues and is doing its part to address the pressing issue of climate change.”

The legislation expands the Baker-Polito Administration’s commitment to take aggressive action on climate change and achieve Net Zero emissions in 2050. On December 30, 2020, the Administration released two reports – the Massachusetts 2050 Decarbonization Roadmap Report and an interim 2030 Clean Energy and Climate Plan (CECP) – that detail policies and strategies to equitably and cost-effectively reduce emissions and combat climate change. The 2050 Roadmap found that, with careful attention to the strategies it selects, the Commonwealth can achieve Net Zero emissions in 2050 affordably while maintaining a thriving economy. The Roadmap also found that achieving Net Zero emissions will deliver significant benefits to residents across the Commonwealth, including a precipitous drop in air pollution, particularly in environmental justice communities currently overburdened with poor air quality; health cost savings of up to $100 million per year by 2030; and the creation of thousands of high-quality local jobs.

In April 2020, the Baker-Polito Administration officially established Net Zero emissions as the Commonwealth’s new legal emissions limit for 2050. Later in 2020, in order to meet its emissions goals, the Commonwealth joined with its neighboring states to call upon the regional electrical grid operator to support decarbonization efforts and facilitate development of a clean, affordable, and reliable regional electric grid capable of supporting state investments in clean energy resources. The statement calls for reform of the regional electricity market design, transmission planning process, and the governance of ISO-New England, the independent system operator for the New England power system. 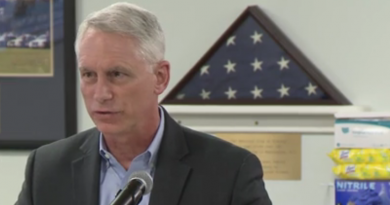