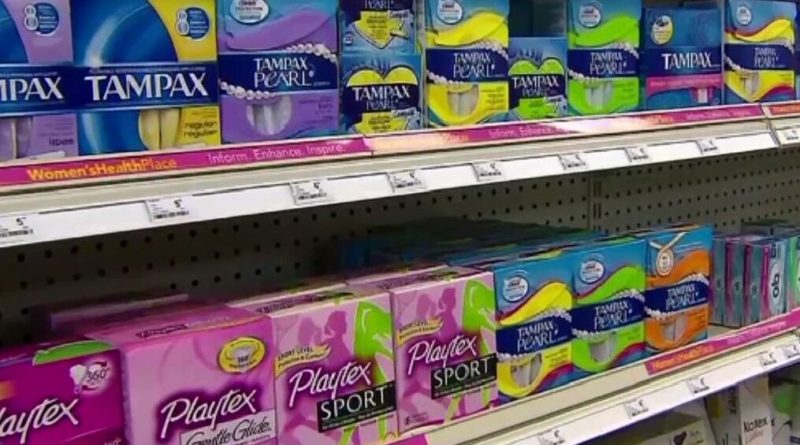 FRAMINGHAM – The Framingham Youth Council voted unanimously to submit an ordinance to the City Council for the City to mandate free menstrual products for all in City-owned buildings, including the Memorial Building, the public libraries, the middle schools, and the high schools. The proposed ordinance will also be submitted to the 9-member Framingham School Committee.

“The City of Framingham shall make available and accessible at a no charge menstrual hygiene products (tampons and pads/napkins) in its public building restrooms that serve members of the public,” stated the proposed ordinance.

The Council liked the idea, and moved it to the Youth Council’s health subcommittee for more review.

The subcommittee, headed by Youth Council member Chloe Mills, product it back to the full youth Council for approval.

It “started off as just like an example of something that we could do, and then something that we really wanted to do,” said Mills vice chair of the 13-member Youth Council. “There’s no reason that people who experience periods … should have to pay for them”

Petroni, who authored the proposed ordinance said “I’ve been attempting to bring [this policy to the] high school for years.”

“I know, it’s been an issue, because I’ve had friends talk about it,” said Petroni, 19, now a college student. “Myself personally, sometimes can’t always afford it,” or sometimes I have no money on me and I need it.

Petroni wrote the proposed ordinance based upon her own experiences at Framingham High School.

“The way that it’s done in high school is that you have to go into the nurse’s office to get menstrual products. And I know it’s really awkward … if you don’t know the nurse personally,” said Petroni, who lives in District 8.

While working on the ordinance, Petroni thought to expand access to all public, city-owned buildings, not just the schools.

“If you go to the Framingham Public Library or other public buildings, you see the big boxes on the walls of the bathroom that don’t have anything in them, the ones where you put a quarter in, but it doesn’t do anything. I think that people just wanted to look over this issue and go over things that were more important,” said Mills.

The issue is also compounded by the stigma that many who have a monthly menstrual experience.

“Unfortunately, women, or people who were born female, don’t always talk about menstruation publicly. I think we still have a lot of uneasiness about that as a society. The more that people can just talk about it openly and have those discussions and not make it a taboo issue, the more likely it is that we’ll see progress on that front,” said Rep. Robinson.

At the state level, there exists a lack of passed legislation to address the issue.

“I think it’s an area where not everyone is aware of the dire situation around menstrual products, I think it’s hard for some folks to grasp the expense associated with it,” Rep. Robinson said.

“Often times, when we’re legislating we’re doing so with reactions to certain situations. And this is one of those lingering, ongoing problems,” she said.

The Framingham Youth Council wants to legislate the issue in the City of Framingham, as similar legislation goes through the state level.

“As a Youth Council, we have the luxury of going over the small things, and going over the things that can improve people’s days and routines, a lot of people wouldn’t necessarily think about it,” said Mills.

Petroni wrote the proposed ordinance by reviewing ordinances already in place from other communities like Cambridge and Brookline.

A major issue she found in other communities’ bills was that these bills were written to create accessibility for menstrual products only for people who identify as female, ignoring the needs of non-binary individuals and transgender men.

“The idea of [menstrual product access] was limited in the language. A lot of them said, female bodies or female members of the public, and we decided like, that’s not okay, we need to be broad. And finally, our thing is to anyone’s experience with the menstrual cycle, like, it doesn’t matter what gender you identify as” Petroni said.

The proposed ordinance calls for free menustral products at all city-owned buildings and at middle and high schools in the City of Framingham.

Petroni, as chair of the 13-member Youth Council, will now submit the proposed ordinance to City Council chair to be placed on the agenda of a future meeting.

The proposal likely will then go to Council’s public health subcommittee for discussion, before brought to the full City Council for a vote. It could also go to the finance subcommittee, as their is a financial aspect to the ordinance.

“This is something we champion,” said Petroni, who said it now needs to be gauged by the public [through talking to] people.

And then “what ways can this be improved?” and implemented, explained Petroni.

“Installing dispensers is a very expensive solution upfront, and that is just the very beginning of the recurring costs. Servicing the dispensers is usually more expensive that the schools’ budgets allow,” said Katie Sanetra-Butler, founder and executive director of the non profit Dignity Matters, based in Framingham.

Sanetra-Butler said of a possible solution to this issue, “we believe, from our large-scale operational experience, that a better solution is purchasing large quantities of product, at very low cost from the manufacturers. Then, making these products available for free at bathrooms, nurses offices, and other locations those in need may congregate.”

“Working tirelessly for the last five years to ensure access to free menstrual products for all local people in need, in particular the homeless population and those living in poverty. Having direct experience of distributing over 1.5 million free menstrual items just last year, and working with many State Representatives and the Health Commission, we support the I AM bill for increased access to disposable menstrual care at schools, shelters and prison,” said Sanetra-Butler.

Dignity Matters has supported similar initiatives at other schools, “we successfully launched support for all students in need at Framingham State University as well as Mass Bay (all three campuses, including Framingham). We also met the management of Framingham High School and Middle School last year and learnt about the frightening costs of the proposed dispensers etc,” said Sanetra-Butler.

Founded in 2019, the 13-member Council is still learning to navigate the City of Framingham’s government.

“This is our second year as a Council,”: said Mills, a Framingham High student, who serves as vice chair of the Council.

“Our first year we didn’t really dive into ordinances. We didn’t submit very much to the City Council. It was very, like get to know the government-type thing,” said Mills, who is serving her second year on the Council.

But this year, the Youth Council has taken a position on the Belknap pool right of refusal, and we voted on this ordinance to submit to the City Council, explained Mills. 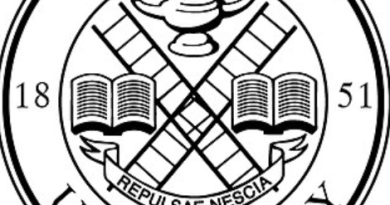