WASHINGTON, D.C. – Tonight, March 3, Assistant Speaker Clark joined the U.S. House of Representatives in passing H.R. 1, the For the People Act, a transformational package of pro-democracy and anti-corruption reforms that will reduce the influence of money in politics, strengthen ethics laws, ensure accurate elections, and protect voting rights.

Despite a record turnout and the November 2020 election being deemed the safest election in American history, the January 6th insurrection was fueled by a lie about the security of our election system and subsequently, Republican leaders have filed over 100 voter suppression bills in 28 states.

“The insurrection on January 6th had a specific purpose: to overturn a fair, free election and violently disenfranchise millions of voters,” said Assistant Speaker Clark. “The immediate threat has been quelled, but our democracy’s future is still unclear. Across the country, there are ongoing efforts to suppress and limit votes, dark money fuels campaigns without accountability, and partisan gerrymandering tilts the playing field. H.R. 1 will improve access to the ballot box, promote election integrity, and most importantly, return power in our democracy back to the people. Simply put, this legislation makes it easier to vote and harder to buy elections.”

The For the People Act would empower the American people and restore faith and integrity to our government:

The package also includes two provisions the Congresswoman authored: one that would require the President and Vice President to divest from their financial conflicts of interest and another provision that would prohibit the President, Vice President, and Cabinet members from contracting with the federal government. Both laws were inspired by the former President Donald Trump’s rampant misconduct and the clear conflicts of interest throughout the four years of his administration.

“Assistant Speaker Katherine Clark has been at the forefront of the fight to clean up corruption in Washington and protect the right to vote,” said ECU // LAV Action Fund President Tiffany Muller. “She knows that passing important reforms in the For the People Act is vital to the integrity of our democracy. Through her leadership position in the House Democratic majority, Representative Clark has played a critical role in the passage of this historic reform bill. We’re grateful for her continued leadership and are proud to be in the fight alongside her to safeguard and strengthen our democracy.”

“We praise Assistant Speaker Clark for her dedication to democracy reform,” said Cheryl Clyburn Crawford, the Executive Director of MassVOTE . “As the Shelby County v. Holder Supreme Court ruling of 2013, the contemporary efforts of state legislatures to cripple proven policies like vote by mail, and everything that’s happened in between have made clear, our democracy is far from secure. Specific reforms included in H.R. 1, like Same Day Voter Registration and Automatic Voter Registration, would prove instrumental in breaking down barriers to the ballot box: barriers that all too often inhibit Black and brown, low-income, and immigrant individuals.”

If enacted into law, the For The People Act would be the most significant voting rights and democracy reform in more than half a century. 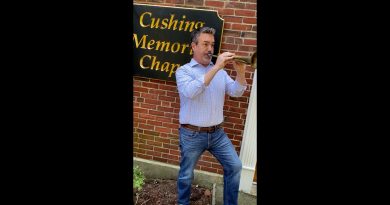 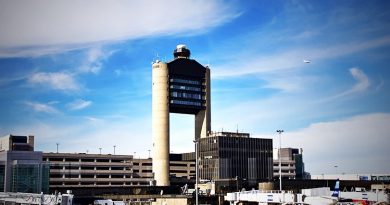 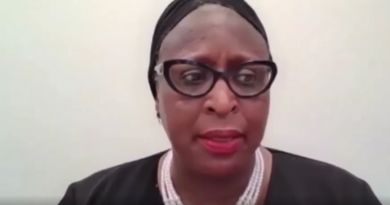