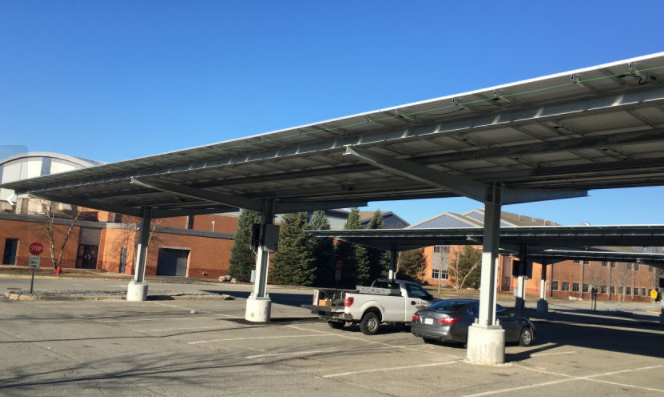 ASHLAND – The Town of Ashland formed a partnership with Framingham-based energy efficiency company Ameresco to lower energy use and costs in the community. Goals were to improve the energy sources to make the Town of Ashland greener and have a smaller carbon footprint.

Ashland Town Manager Michael Herbert said the “Energy Savings Performance Contract helped us make much-needed energy efficiency investments in our facilities, at little to no cost to the Town of Ashland.”

“In three years alone, we have saved over $800,000 through this project, which is significant for a town our size,” said Herbert, who is a Framingham resident.

“The savings we have realized through this program has allowed us to redeploy our resources into other important components of our operation as well as community development initiatives. It also helps us reach our sustainability goals,” said Town Manager Herbert.

Ashland Select Board member Robert Scherer said, “Ameresco company works with us to save energy.”

This Energy Performance Contract and Annual Reconciliation Report for year three with Ameresco, “is one of the many steps we are taking to fight climate change and reduce our carbon footprint – this is a successful example of that,” added Scherer.

This is not the first partnership with Ameresco and the Town of Ashland.

“Ameresco also helped assist with another project, with the addition of solar panels located on Howe Street and near the High School parking lot, which was another step they took to save money,” said Scherer.

“Ameresco and the Town of Ashland partnered to evaluate and develop economic and environmentally beneficial renewable energy projects at multiple locations,” according Ameresco.

“Solar photovoltaic energy projects were installed at the middle school roof, the high school parking lot, and a capped municipal landfill,” according to Ameresco.

To receive the full benefits of the system, Ashland entered into a 20-year power purchase agreement (PPA) with Ameresco to design, build, finance, own, and operate the systems for the full term of the contract,” according to Ameresco.

Through net metering, 100% of the energy generated is used to power Town of Ashland buildings and operations, offsetting total town consumption, according to Ameresco.

“Additionally, this project brought the town landfill back into compliance with the Massachusetts Department of Environmental Protection. The Town of Ashland is now being supplied by green renewable energy,” according to the two entities.

The annual energy savings is 2.2 million kWh with an annual CO2 emissions reduction of 1,632 metric tons

Recently, on February 2, 2021, The Town of Ashland updated its energy performance contract for year three with the Ameresco company.

This partnership started back in 2014 when the Town of Ashland issued a request for proposals (RFP) for an Energy Performance contract.

“Our partnership with Ameresco really began when we “first decided to do an energy savings performance contract with them,” said Herbert.

“Soon after, we decided to do three solar projects with them – one at the High School, one at the Middle School, and one on an abandoned landfill,” Herbert explained.

Herbert said the Town of Ashland chose Ameresco “through a regional procurement program through MAPC.”

“It was also a great opportunity to go with a MetroWest-based business,” said the Ashland Town Manager.

The most recent report said, “Ameresco is pleased to present the annual Measurement and Verification [M&V] Report for the third year of the performance contract. This report is a critical element of the contract, as it provides the basis for the energy savings guarantee and debt-service payment.

The role of Ameresco is to, “help the Town of Ashland evaluate the maintenance and repair of the mechanical systems, ensuring that they are capable of generating the energy savings outlined. in the IGA [Investment Grade Audit,],” according to report.

With all these measures on these facilities the Town is saving a lot and reducing their carbon footprint.

“The operation of the Energy Conservation Measures in the Town of Ashland has resulted in utility cost savings of $269,402 and operations and maintenance savings of $25,565, for total cost savings of $294,967 for year three of the energy performance contract,” according to the report.

In February 2020, “In accordance with the terms of the ESA [Energy Services Agreement], Ameresco met with personnel from the Town and performed spot inspections of the Energy Conservation Measures that were installed, by Ameresco, through the energy conservation
program.”

“The Town is currently working to resolve this issue. This latest Energy Management Systems Report provides a summary of conditions observed by Ameresco in February of 2020.

“Ameresco applauds the Town in their efforts in maintaining unoccupied heating set-points that are nearly identical to the Energy Services Agreement which resulted in a “Set-point Score” of 96/100,” noted the report.

“It is suggested that the Town review all schedules to ensure that this period of extended occupancy is reviewed. If schedules have been adjusted for extreme weather conditions, it is imperative to utilize the “special schedule” feature within the Energy Management Services to
prevent a permanent change in occupancy schedule programming.”

The report said, “Ameresco standardized the lighting system where practical, thereby reducing the number of different products the Town of Ashland will need to purchase, stock, and maintain. All of the light fixtures replaced or retrofitted with 4’ T8 lamps received 28-watt ‘energy-efficient’ lamps and ballasts,” said the report.

The second Energy Conservation Measure was the lighting controls were examined.

“Ameresco installed new lighting controls in the Town of Ashland to ensure that lighting does not operate unnecessarily. Ameresco installed 421 local lighting controls employing a variety of strategies, each of which was customized to the unique space. Appropriate areas were selected that contain several controllable fixtures, which have intermittent occupancy, and where a safety hazard will not be created if the sensor inadvertently turns the lights off. Applicable areas include classrooms, offices, baths, conference rooms, and the library,” said the report.

The third Energy Conservation Measure that they improved was the exterior lighting improvements.

Ameresco in total took care of about 17 Energy Conservation Measures.

Ameresco conducted the year three Annual Site Inspection of the Town of Ashland on January 12, 2021, said the report.

“During Ameresco’s year three site inspection, the Town stated they are currently investigating possibilities of upgrading Library and Community Center lights to LED, as well as upgrading the ballasts,” said the report.

The report provided information about each location with their current occupancy schedules, and their current temperatures set points during this review.

According to the U.S. Department of Energy, The Qualified Energy Conservation Bonds, “are federally subsidized bonds available to qualified states, local, and tribal issuers. A [QECB] is not a grant but is among the lowest-cost public financing available for eligible energy efficiency,
renewable energy, and mass commuting projects.”

“These bonds subsidize our interest cost on the bonds, such that we have an almost 0% interest rate,” said Herbert. 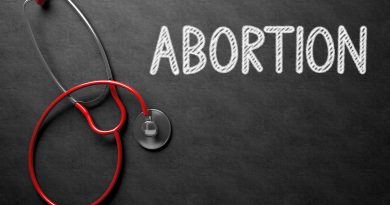