The letter seeks information about the actions DHS and ICE are taking to investigate these allegations and that ICE will take to fulfill its obligations to treat asylum seekers fairly and humanely and ensure incidents like those alleged do not occur in the future.

“ICE officials and contractors must be held accountable if they have refused to treat people in their custody consistent with basic human dignity and with DHS rules and regulations. Asylum-seekers should not have to choose between brutality at home or brutality while seeking asylum. They should have access to a safe, dignified, and lawful environment, including being protected from contracting COVID-19 during the global health emergency,” wrote the lawmakers.

On January 20, Acting Secretary of Homeland Security David Pekoske issued a memo directing senior officials at Customs and Border Protection, U.S. Citizenship and Immigration Services, and ICE “to conduct a review of policies and practices concerning immigration enforcement” and begin an immediate 100-day moratorium on the deportation of noncitizens during the review period.

However, the memo noted that this policy exempts noncitizens who “ha(ve) voluntarily agreed to waive any rights to remain in the United States, provided that he or she has been made fully aware of the consequences of waiver and has been given a meaningful opportunity to access counsel prior to signing the waiver.”

Less than two weeks after this memo was issued, several immigrant advocacy groups filed a civil rights complaint with the DHS Office for Civil Rights and Civil Liberties and DHS Office of Inspector General based on published testimonies from asylum-seekers in ICE custody claiming they had been tortured and coerced into signing documents to approve their own deportation.

Their affidavits describe horrific experiences involving physical abuse by personnel at the Winn Correctional Center in Winnfield, Louisiana that “may be tantamount to torture,” including reports that they were “physically assaulted, choked, and beaten in attempts to force their signature” to authorize their own deportation against their will, and waive their rights “to further legal process before deportation.” These allegations of unlawful human rights abuses by personnel at an ICE facility are not isolated incidents, and similar complaints have been received with disturbing regularity over the last six months at several other detention facilities overseen by the New Orleans ICE Field Office.

According to a recent report, new allegations have surfaced by asylum-seekers in custody at the Pine Prairie ICE Processing Center in Louisiana and the Etowah County Detention Center in Alabama who allegedly were told that if they didn’t submit to their own deportations, they would be transferred to the detention unit within the facility where coronavirus-positive individuals are held in quarantine. Immigrants detained at Pine Prairie eventually relented and were transported to a staging center for deportation under conditions that nevertheless risked exposing them to COVID-19 because ICE personnel blatantly ignored CDC recommendations for mitigating its spread by reportedly cramming 100 people in a single room.

To better understand whether ICE is fulfilling its responsibility to treat people in its custody fairly and humanely and hold the agency accountable, the lawmakers posed questions about these recent allegations of forced deportations and the agency’s culture and procedures more broadly. 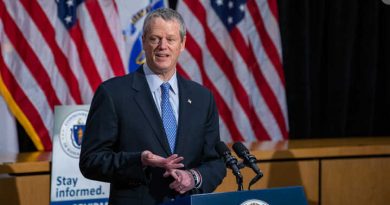 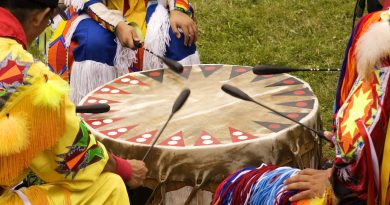