FRAMINGHAM – Postponed last year, due to the start of the pandemic, a partial clean up of the General Chemical site is expected to begin this spring, according to City of Framingham Chief Operating Officer Thatcher Kezer III.

The “schedule of the cleanup has the DEP contractor, TRS Group, starting to install the in-ground equipment on the site in the months of March and April. Surface equipment will be installed in May and cleanup operations will commence in June and run for 14 weeks, ending in September. Demobilization of the equipment will be conducted in October,” Kezer will tell the City Council on Tuesday night.

“TRS Group will utilize their thermal remediation technologies to heat the soil to a level that will boil off the contaminates in the soil. This method is most effective during the summer months to ensure the soil achieves the desired temperatures,” according to Thatcher’s memo to the City Council.

The Director of the Massachusetts Department of Environmental Protection, Northeast District requested a technical meeting with representatives from DEP, the Town of Sherborn and the City of Framingham and they all met last Friday, February 19.

The General Chemical site is located at 133-135 Leland Street in District 9.

“At the meeting, the DEP staff answered questions about safety protocols, site monitoring and coordination of other logistics for the
project. A public information session will be scheduled in the near future to inform the public and other officials of the details of the project,” Thatcher told the City Council in an email.

The project is expected to clean up about 40% of the contaminants in the soil.

“This is based on the amount of available funds, which includes about $1.7 million DEP received from the previous landowners and an additional $400,000 from an environmental bond bill,” said Thatcher.

General Chemical stored and treated hazardous solvents, near Wilson Elementary School on Leland Street, up until 2012.

General Chemical was cleaning up the site, but stopped in 2017 claiming it had run out of money. 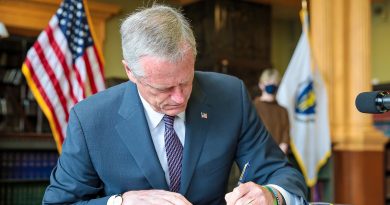