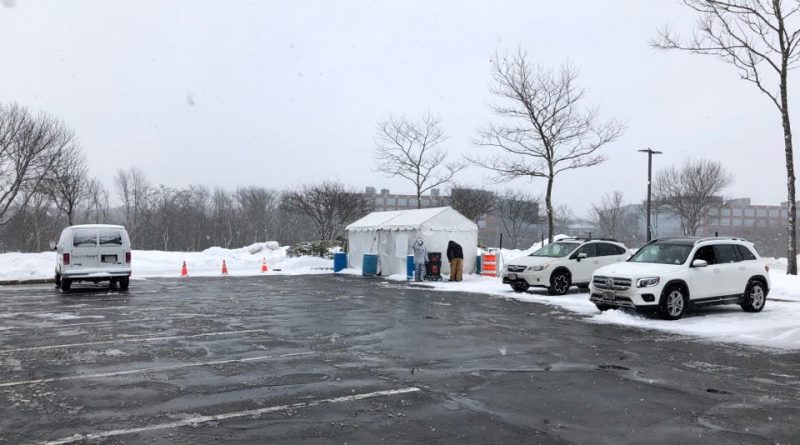 FRAMINGHAM – Eurofins Scientific, one of the world’s largest testing companies, has opened a free COVID-19 testing site in the City of Framingham.

This is the second free COVID testing drive-thru site now in the City of Framingham. This one is privately-run.

The Commonwealth of Massachusetts is paying for a free COVID-19 testing site on Franklin Street, run by Project Beacon, as part of the state’s Stop the Spread program.

The new Eurofins Scientific site is located at 175 Crossing Blvd in Framingham. It is drive-thru only, just like the Franklin Street site.

“You don’t need an appointment – just come to the drive-through site, get tested, and get results in just 24 hours. Please remain in your vehicle and bring your driver’s license (ID), insurance card, and mask,” stated the company on its website.

The testing is 9 a.m. to 4 p.m. Mondays through Saturdays.

Eurofins said on its website “You will not incur any out-of-pocket expense from testing at the Eurofins Framingham COVID-19 Test Site. All tests not covered by insurance are submitted under the CARES Act based on eligibility.”

The City of Framingham and the Spicer administration has never mentioned this testing site in any of its press releases, only the Project Beacon testing site.

SOURCE reached out to the Spicer administration and city & state leaders for statements on this new testing site and an update on the walk-up site in Framingham.

“I have no knowledge of this site or anything to do with it,  I have not been informed or updated. I hope the priority remains a walk in site as the Beacon site seems quite adequate for drive thru testing, we are lacking a proper facility for people who are unable to drive to a site,” said City Council Chair George P. King. Jr. ” They are being severely underserved and that is where I hope the administration will focus its efforts.  We have heard about the potential for weeks, we need results.”

“So I just looked at it online. This new drive-thru site appears to require insurance. It asks people to bring their insurance card when they get tested. This is not a state-run site and the city would never have promoted it in a press release as we want to drive people to free testing if possible,” said the City of Framingham’s Chief Information Officer Kelly McFalls. ” It would be similar to  promoting  testing that occurs in pharmacies  that require insurance. The most promotion we would provide a testing site that requires insurance is to link to it on our website. The testing through the state is free and does not require insurance.”

“I literally just found out about this now. Again we are kept in the dark. I have repeatedly asked about getting a walk-up site in Framingham. It’s great to have another drive up, but we are forgetting our most vulnerable population, those without transportation,” said at-large City Councilor Janet Leombruno. “That should be the main focus and priority.”

No new walk-up testing site has been announced for 2021.

SOURCE has learned the City and state are looking at one of the City of Framingham’s polling places as a potential new walk-up COVID-19 testing site, but the site has yet to open.

“At the end of January, we explained the City is actively exploring locations for a new walk-up testing site and will make announcements when we have them. (Interim Framingham Health Director) Alex (DePalo) reiterated that effort during February community conversations. We are working to finalize details,” said McFalls to the SOURCE. “As soon as details are finalized, we will share the news. The last thing the City wants is to provide Framingham with incomplete information.” 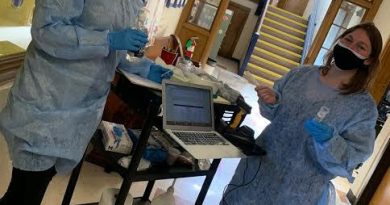