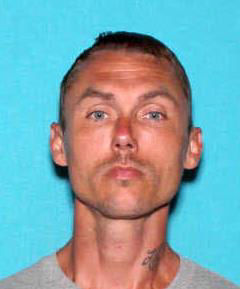 FRAMINGHAM – A man wanted for the fatal shooting outside a Manchester, New Hampshire shelter over the weekend, has been arrested in Framingham.

A Manchester man was shot in the head and killed Saturday morning outside a homeless shelter, according to the state Attorney General’s Office. The victim was later identified as Jean Lascelle, 67, of Manchester.

The suspect in the killing Timothy Johnson, 38, who was wanted for second degree murder was captured in Framingham today, February 17.

There he will be arraigned on local charges of receiving a stolen motor vehicle, possession of burglarious instruments, unlicensed operation of a motor vehicle, as well as being a fugitive from justice from the State of New Hampshire.

The United States Marshals and the Framingham Police Department in Massachusetts assisted the Manchester Police Department and the New Hampshire Attorney General’s Office in this investigation and aided in safely locating Johnson, said the release.

Framingham Police pulled over Johnson in a stolen vehicle in Framingham this afternoon, February 17.

The New Hampshire attorney general’s office announced Sunday am arrest warrant was issued for Johnson, charging him with one count of second-degree murder. Authorities said he was “armed and dangerous.”

On Monday, authorities were offering a reward of up to $1,500 for information that leads to Johnson’s arrest.