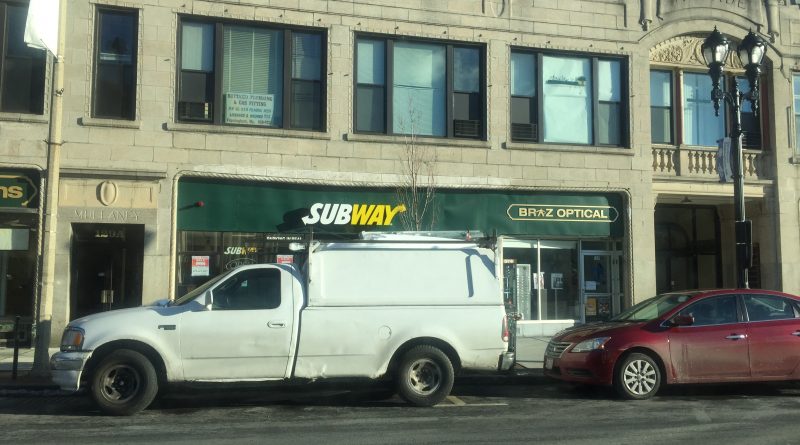 The following is a press release submitted to SOURCE media

BOSTON – The Baker-Polito Administration and MassDevelopment are pleased to announce the availability of up to $8 million in funding through the Underutilized Properties Program. The new grant program aims to eliminate blight, expand housing production, increase accessibility, and support economic development by funding improvements to underutilized buildings located in Massachusetts downtowns or town centers.

Through the first round of the program, municipalities and their economic development partners, nonprofits, and private-sector businesses can apply for grants ranging from approximately $50,000 to $2 million to design and fund capital improvements and code compliance projects for blighted, abandoned, vacant, or otherwise underutilized properties to support increased occupancy.

“During the Baker-Polito Administration’s extensive regional engagement sessions, residents and businesses told us loudly and clearly about the need for assistance to improve blighted or underused buildings, and the Underutilized Properties Program is a direct result of that engagement,” said Housing and Economic Development Secretary Mike Kennealy. “We were pleased to incorporate the idea into our recently signed economic development legislation, Partnerships for Growth, and now look forward to putting these resources to work in cities and towns across the Commonwealth.”

“Every community has that one building in its downtown or town center that has been ‘stuck’ for years; the $8 million that MassDevelopment will administer is how the Baker-Polito Administration and the Legislature will help revitalize these properties,” said MassDevelopment President and CEO Dan Rivera. “Some of these properties have been blighted or vacant for decades or longer and by offering targeted assistance to communities we will help them open up new opportunities for housing or retail and set the stage for further economic development, where there has been no hope for it.”

Funding will be awarded in two categories:

The Underutilized Properties Program was created as part of the 2021 economic development legislation, An Act Enabling Partnerships for Growth, which was signed into law by Governor Baker on January 14, 2021.

Earlier today, the Governor was joined by Lt. Governor Polito, Secretary Kennealy, elected officials, municipal leaders, and a coalition of advocates for a ceremonial bill signing.

The new grant program is part of the Community One Stop for Growth, a single application portal and collaborative review process for community and economic development grant programs that make targeted investments based on a development continuum. Applicants are encouraged to submit expressions of interest, which will be accepted from February 8 to April 2, 2021; full applications will be accepted from May 3 to June 4, 2021.

MassDevelopment will host an informational webinar about the Underutilized Properties Program on February 19, 2021 at 9 a.m. Those interested can register at massdevelopment.com/upp-webinar.

MassDevelopment, the state’s finance and development agency, works with businesses, nonprofits, banks, and communities to stimulate economic growth across the Commonwealth. During FY2020, MassDevelopment financed or managed 341 projects generating investment of more than $2.69 billion in the Massachusetts economy. These projects are estimated to create or support 10,871 jobs and build or preserve 1,787 housing units.