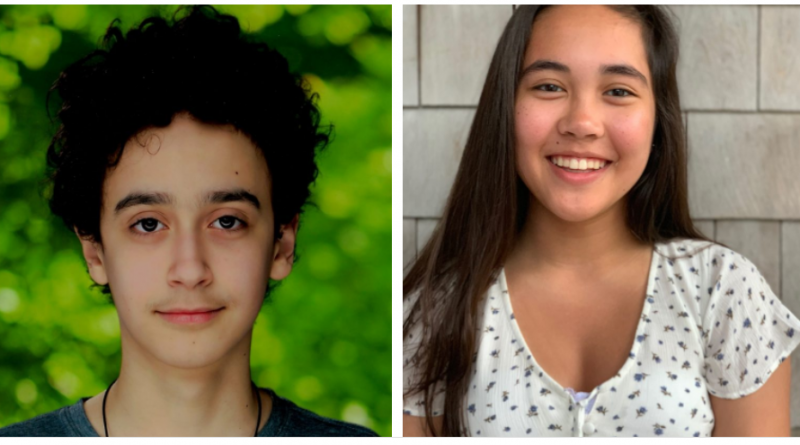 Alex McLaughlin earned first-place in the Doug Ingalls Acting Scholarship Contest. You can view McLaughlin around 8:20 into the video below.

Both Connor and Alladis Hernandez shared the first-place award for the METG Scene Partner Contest.

The victories come during a year of uncertainty as the COVID-19 pandemic continues to disrupt the arts.

Hadley Connor, winner of two awards, expressed gratitude for the change to perform again, even though it was different.

“This year without theater has been a hard one to say the least. I was going from constant rehearsals with my friends and doing show after show, to basically nothing at all. Because of the pandemic, I haven’t been able to do [many] of the things I love. It started to feel like I was loosing[sic] touch with the art. It’s a good feeling to know that theater can still be a part of my life even if it’s not in-person,” said Connor.

Connor’s winning performances, “Movie in My Mind” from Miss Saigon, “A Trip to the Library” from She Loves Me, and a partnered scene from the Tony-award winning play Proof, were chosen intentionally.

“I selected my pieces because they seemed the most fun, but they also had the ability to expand my horizons as an actress a bit,” she said.

Framingham High drama teacher Christopher Brindley praised his students for being comfortable with themselves and bringing “’… an unabashed love for theatre to the group.”

He said that all of the students work exceptionally hard and are already thinking ahead, adding “Aila, Diego and Hadley are ambitious juniors who are excited to continue pursuing their passion at FHS and Alex is a senior planning to study acting in college next year.”

Castrillo-Vilches performed “Live In Living Color” from the musical Catch Me If You Can, and “Happy Sad” from The Addams Family.

The junior says his honor has a lot of significance to him because he “…wasn’t doing it to win, but for fun. It was a huge surprise, but
something I am very proud of.”

He wants to attend Berklee’s College of Music to study drum performance and minor in musical theatre.

As a junior, Connor hasn’t decided on a college or university yet, but said she wants to study “…something within the realms of theater and performance.”

She speaks highly of her time at Framingham High so far, citing a production of Les Misérables and, because of the school’s large population, being able to meet “…someone really nice who I never knew existed up until that point.”

Brindley is proud of the continued legacy of Framingham High School’s wins at METG.

“FHS has been very fortunate to place in METG competitions for the past nineteen years. I attribute this to the thorough curriculum and training we are able to give our students from grade 6 all the way up to their senior year.”

On the deciding between musicals and plays as a favorite theatre medium, Connor said that choosing is complicated. “Both are such different experiences and offer so many different things. In plays you are really able to dive into the text and everything a character reacts and responds to. You have to figure out how to move the story along with only your words. In musicals, there’s this element of song and dance that you have to incorporate, and with that comes a lot of hard work. In both forms of storytelling, I’ve learned and grown so much as a performer that makes it really hard to choose!”

Castrillo-Vilches said that the lack of in-person performances has been difficult.

“It’s been incredibly hard. I miss theatre so much and the roar of a crowd is incomparable and hard to recreate on zoom.” He added that he has many dream roles, many from recent Broadway productions have had to change plans completely (such as the Spongebob musical, which had its tour canceled) or shows like Hamilton that hang in the balance between opened and closed. “My
dream roles would be Spongebob, Pippin, Gomez Addams, Jack Kelly, Thenardier, Usnavi, [and] King George III.”

When asked for his favorite performance memory, he said he enjoyed playing a relatable character: “I enjoyed doing School of Rock the most because I was able to mash both of my passions (Music and Theatre) into one as Freddie (the drummer). The show is a great show and I had such a fun time performing it at Regis College.

Brindley is looking forward to the future of the Drama department at FHS. “The students and the teachers miss the rehearsals, the performances, but above all the community. We have been trying our best to teach theatre in this virtual world – it takes a lot of energy to reshape the way we think about performing, but we are in the swing of it now. We have spent a lot of time this year focusing on the training since production opportunities are far fewer.”

Samantha Searles is 2021 Spring SOURCE intern. Searles is a senior at Suffolk, University and will graduate in May with a BA in Broadcast Journalism. She is passionate about bringing communities together through the news. When not in classes or writing, she is an activist and semi-professional theater actress. She is also a member of Queen City Improv, a NH improv group, and the favorite of her family’s AmStaff “puppy, Saffie. 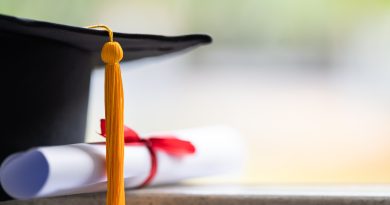 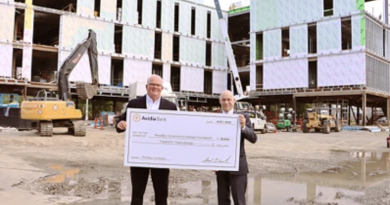 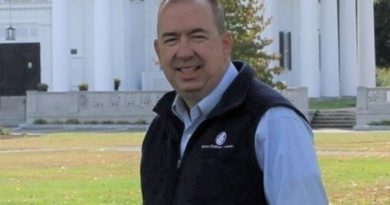