the following is a press release from the Governor’s office submitted to SOURCE media.

“The many complex cases tried by Attorneys Mulligan and Bailey in their decades of legal experience, coupled with their commitments to the legal community,have prepared them well to serve as Associate Justices of the Superior and District Courts,” said Governor Charlie Baker. “I am pleased to submit these candidates to the Governor’s Council for their advice and consent.”

“Over their nearly 50 combined years in practice, Attorneys Mulligan and Bailey have both demonstrated their deep legal acumen and dedication to their communities,” said Lt. Governor Karyn Polito. “If confirmed, I am confident that they will serve the Commonwealth well as Associate Justices of the Superior and District Courts.”

The District Court hears a wide range of criminal, civil, housing, juvenile, mental health, and other types of cases. District Court criminal jurisdiction extends to all felonies punishable by a sentence up to 5 years, and many other specific felonies with greater potential penalties, all misdemeanors, and all violations of city and town ordinances and bylaws. In civil matters, District Court judges conduct both jury and jury-waived trials, and make final determinations on any matter where the likelihood of recovery is no more than $50,000 (for cases commenced on or after January 1, 2020). The District Court also tries small claims involving up to $7,000 (initially tried to a magistrate, where the defense has a right of appeal either to a judge or a jury). If confirmed by the Governor’s Council, Attorney Bailey will fill the seat vacated by the Honorable Michele B. Hogan.

Judicial nominations are subject to the advice and consent of the Governor’s Council.

Applicants for judicial openings are reviewed by the Judicial Nominating Commission (JNC) and recommended to the governor. Governor Baker established the JNC in February 2015 pursuant to Executive Order 558, a non-partisan, non-political Commission composed of volunteers from a cross-section of the Commonwealth’s diverse population to screen judicial applications. Twenty-one members were later appointed to the JNC in April 2015.

Maureen Mulligan began her legal career as an Associate at Peabody Arnold, LLP in Boston in 1990, where she concentrated in professional liability defense and insurance coverage. From 1993 until 1995, Attorney Mulligan also served part-time as a Lecturer at Boston University School of Law, where she taught a year-long legal research and writing course to first year law students.

In 1996, she joined Sedgewick, Detert, Moran & Arnold in San Francisco, California as an Associate, focusing on professional liability defense, until joining Farbstein & Blackman, PC in San Mateo, California in 1998, where she concentrated in matters pertaining to business litigation, intellectual property and professional liability defense. In 2002, Attorney Mulligan returned to Massachusetts as a Shareholder at Ruberto, Israel & Weiner, PC in Boston, where she would remain until 2015. In this role, she represented clients in complex business litigation matters, including shareholder, insurance coverage, internet, technology and digital media disputes; trademark litigation; banking and commercial litigation; and professional liability claims. She also advised clients on privacy, security and data breach response.

In 2015, Attorney Mulligan returned to Peabody & Arnold, LLP as a Partner, where she continues to represent clients in complex business disputes, including professional liability defense and insurance coverage litigation.

In addition to her professional work, Attorney Mulligan is an active member of the American Bar Association (ABA) and the Boston Bar Association (BBA), serving since 2007 as Chair of the BBA’s Women’s Advancement Forum, and since 2017 as a member of the Superior Court’s Business Litigation Session Advisory Committee. She also served from 2011 until 2019 as a member of the ABA’s Commission on Women in the Profession, chairing a series of initiatives designed to promote the advancement of women in the legal profession.

William Travaun Bailey began his legal career in 2001 as an Associate in the office of Hal Etkin, Attorney at Law, in Springfield, handling all aspects of civil and criminal litigation. Over the next 14 years in this role, he handled cases pertaining to a wide variety of matters, including employment law, contracts, personal injury medical malpractice, family law, criminal law, and consumer protection.

Since 2002, Attorney Bailey has also operated the Law Offices of William Travaun Bailey in Springfield, representing clients in matters pertaining to business litigation, employment law, family law and criminal law before the District Court, Superior Court, Probate and Family Court and Massachusetts Commission Against Discrimination. In addition to his professional work, Attorney Bailey is an active member and Ex-Officio Past President of the Hampden County Bar Association, serving since 2013 as Chair of the District Court Bench Bar Committee and since 2013 as a board member of the Hampden County Lawyers for Justice. He also served previously from 2018 until 2019 on the Supreme Judicial Court’s Steering Committee on Lawyer Well-Being as an appointee of Chief Justice Ralph Gants, representing solo and small firm practitioners, and from 2014 until 2017 as Director of the Western New England University School of Law Alumni Board.

Attorney Bailey earned his Juris Doctorate from Western New England School of Law and his Bachelor’s Degree from Elmira College.​ 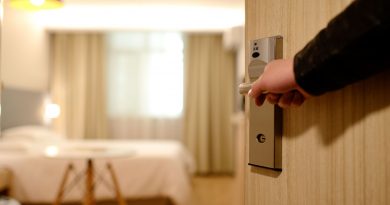 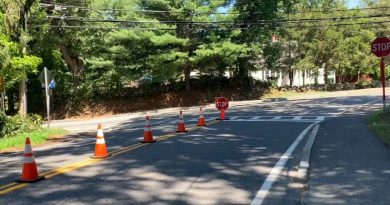