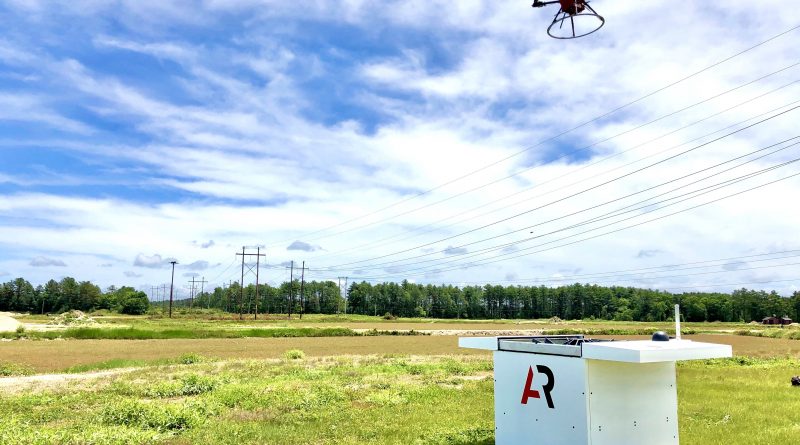 Photo and press release submitted to SOUCE via its business wire service.

The company’s Scout System™ features advanced acoustic Detect-and-Avoid (DAA) technology that enables its drones to maintain a safe distance from other aircraft at all times.

By developing a layered, redundant system of safety that includes proprietary technical and operational risk mitigations, American Robotics has proven that its drone-based aerial intelligence platform operates safely in the National Airspace System (NAS), even when it conducts flights Beyond-Visual-Line-of-Sight (BVLOS) of the operator.

This approval represents a pivotal inflection point in the commercial drone industry. Prior waivers and certifications awarded by the FAA required visual observers (VOs) stationed along the flight path to keep eyes on the airspace at all times, or required other burdensome restrictions such as infrastructure masking. As a result, the value and scalability of commercial drone use in the U.S. has, until now, been drastically inhibited or in many cases eliminated.

With this approval, American Robotics’ Scout System is now the first drone technology allowed to continuously operate without this costly human requirement. Each Scout drone lives within a weatherproof base station which enables autonomous charging, data processing and analysis at the edge, and data transmission. Once installed in the field, all facets of Scout’s operation are automated, allowing this technology to gather and analyze ultra-high-resolution data multiple times per day for multiple years without expensive human labor.

“With these approvals, American Robotics is ushering in a new era of widespread automated drone operations,” said Reese Mozer, CEO and co-founder of American Robotics. “Decades worth of promise and projection are finally coming to fruition. We are proud to be the first company to meet the FAA’s comprehensive safety requirements, which had previously restricted the viability of drone use in the commercial sector. We are very grateful for the FAA’s willingness to work closely with American Robotics over the past four years on this precedent-setting authorization. With this set of approvals, American Robotics can begin safely operating our automated Scout platform for the benefit of the energy, infrastructure, agriculture, and security market verticals, helping unlock the projected $100 billion commercial drone market.”

Over a rigorous four-year testing program, American Robotics has demonstrated the impact that its Scout Systems can have on industrial and agricultural industries by engaging with multiple organizations across eight states in the U.S. During 2020, Scout Systems flew as many as ten automated missions per day, capturing a variety of advanced data. The real-time analytics derived from this data empowers farmers, agronomists, industrial operators, security personnel, and maintenance crews to accurately track the health and status of their operations, at a resolution and frequency not previously possible.

“Our interest in American Robotics’ technology started with the desire to have a drone imagery solution that was reliable, scalable, and executed with minimal human resources,” said Lance Ruppert, Director of Agronomy Marketing and Technology at Growmark, Inc., a leading U.S. grower cooperative. “This technology, along with the FAA approvals to operate it without humans on the ground, is key to making drones a widespread reality in our industry. This is a game changer.”

Lisa Ellman, Partner and Chair of the Global UAS Practice at Hogan Lovells, and Executive Director of the Commercial Drone Alliance added: “The commercial drone industry is growing quickly and providing significant benefits to the American public, but enabling expanded operations beyond visual line of sight is critical for the industry to truly take off. Automated BVLOS operations are particularly important to opening the commercial sectors to the drone economy, including the agriculture and industrial verticals. Key to these operations is the use and FAA acceptance of new and innovative safety technologies, such as detect and avoid (DAA) sensors and software-enabled automation. American Robotics’ groundbreaking and exciting FAA approval is an important and significant step forward for the commercial drone community as a whole. The commercial drone industry looks forward to building on American Robotics’ success and continuing to work with the FAA toward safe integration of UAS into our National Airspace System.”

The Scout System captures and processes data at resolutions, frequencies, and speeds never before feasible. Unlike other drone technology, Scout provides an unmatched level of autonomy, safety, and analytics with its industrial-grade design and advanced, AI-powered software. The Scout System consists of three primary components:

Headquartered in Marlborough, American Robotics is a developer of automated drone systems specializing in rugged, real-world environments. Through innovations in robot autonomy, machine vision, edge computing and AI, American Robotics has created the next generation of drone technology: an automated drone capable of continuous, unattended operation. American Robotics was founded by Carnegie Mellon and Stanford roboticists with a shared vision for bringing robotic technology out of the lab and into the real-world to solve the world’s biggest business challenges. 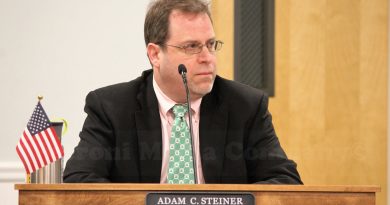 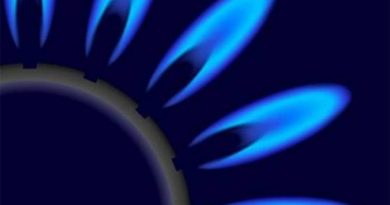