FRAMINGHAM – The 13-member Framingham Youth Council is looking to propose an ordinance to the Framingham City Council to lower the voting age in Framingham to 17 years old for municipal elections.

If the City Council approved the proposal when submitted, a home rule petition would be filed with the Massachusetts Legislature.

The proposal would only lower the voting age for municipal elections in the City of Framingham, explained at-large Youth Councilor Isabella Petroni, 19, who submitted the proposal to the Youth Council to consider.

“The earlier you vote, the more likely that you will continue voting in elections as you get older,” said Petroni. “Allowing 17 year olds the opportunity to get a chance to vote in their city’s election not only allows them to develop this habit, but also allows them to make an impact in their city’s government through voting for Mayor or School Committee Members or Library Trustees.”

State law sets 18 as the voting age for the Commonwealth of Massachusetts and federal elections.

Framingham would not be the first community to seek a change in municipal voting age. In February 2020, Cambridge City Council approved a measure that calls for lowering the voting age in the city to 16 for municipal elections. A home rule petition was filed.

The Framingham Youth Council discussed a 2-pronged approach for the proposal at its last meeting on January 10.

First, to write an ordinance to the City Council for a home rule petition to lower the municipal voting age to 17

Mills said she supported Petroni’s idea to lower the voting age to 17, but that in order for 17-year-olds to vote, they “should be educated” on how the municipal government works and how voting works.

District 8 Youth Councilor Esther Celoy agreed with Mills. It is important for students to “have knowledge on what voting is and how to vote,” said Celoy.

As did District 5 Youth Councilor Hamza Rifki. who said “I agree with Chloe on the dual” initiative. “It is important for students to learn about the politics and government before they start voting.”

Framingham Superintendent of Schools Bob Tremblay and Keefe Technical Superintendent Jonathan Evans has been invited to an upcoming Youth Council meeting to discuss COVID-19 and its impact on middle and high school students and to listen to this lowering of the voting age & civics education on municipal government proposal.

The 19-year-old District 8 resident pre-registered to vote at age 16 at Framingham High, during the March For Our Lives organized by Framingham High Students

When she was 17, and headed off to University of New England as a freshman, she registered to vote absentee in the 2019 municipal election.

She voted in her first-ever election at age 18 in the 2019 municipal election, and has voted in every city, state and federal election since.

When asked if 17 is too young to have the responsibility to vote in municipal elections Petroni replied “People my age have had to grow up faster in the last few decades. Gun violence in schools is on the rise and we fear being shot dead in our classrooms when the politicians have brushed off our fears and concerns. This outrage led to the March for Our Lives where we organized and rallied to make the adults who are supposed to protect us and hear us actually start listening.”

“Mental health is the silent killer of my generation, leading to hundreds of thousands of kids having depression and anxiety that ultimately leads to suicide, which the rates for having increased in the last several years both nationally and locally. We have accepted the facts that other generations ignored about this widespread disease. Climate change is already affecting our fellow youth of color and low-income youth, killing them through natural disasters and long-standing toxins and pollutants in the environment. Queer, especially transgender youth are at a higher risk for suicide and violence aimed at them. Youth of color are being shot at and harassed by people in positions of power,” said Petroni. “This combination has led us to have to grow up and mature and pay attention to our world more than our parents sometimes had to. We want to participate to be able to make the choices of who we want to represent us. Municipal elections might be small-scaled, but municipal policy affects us greatly from schools to parks and recreation to public health. The world that has been left us for is broken and we want the power to try to heal it for both ourselves and the generations after us.”

Petroni said young people are already participating in politics, even if they do not have the right to vote.

Students are leading the movements on gun violence, racial equality, and climate change both nationally and in Framingham, said Petroni.

“Youths are engaged,” said Petroni. “Not all adults are.”

“Lowering the voting age would give youth another way to have a say in their elected leaders, and the issues that impact them,” concluded Petroni.

Editor’s Note: In full transparency, Isabella Petroni is the daughter of the publisher/editor of the SOURCE. 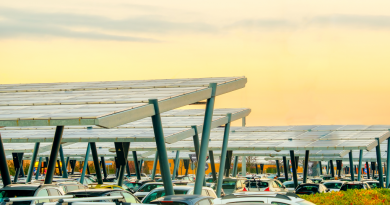 Contractor: No Time To Install Solar Canopies At Fuller & Brophy Before School Opens

Town of Ashland Mails Key COVID-19 Information To Every Household 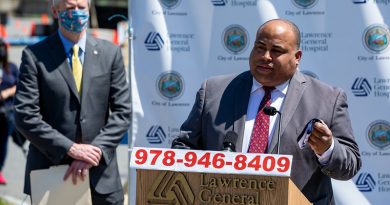