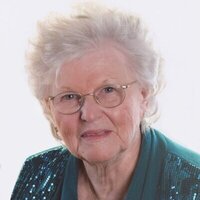 ASHLAND – Lois Marion Deluski (Olyott), 90, of Ashland, passed away after a hard-fought battle with COVID-19 on December 26, 2020, her 69th wedding anniversary.

She was the daughter of the late William G. Olyott and Marion Olyott (Bond), stepdaughter of Elizabeth Olyott (Black) and wife to her beloved husband, Ernest (d. 2019).

Born on December 5, 1930, Lois grew up in Pawtucket, RI with her sister Nancy (d. 2019), and surrounded by her cousins, aunts, uncles and grandparents. Growing up, Lois was involved in many of her church’s plays, loved spending time on the beach, and dancing at halls in Pawtucket with her loving group of friends.

After his time in the service, Lois and Ernest moved to Kingston, RI where Ernest began his studies at the University of Rhode Island earning a degree in electrical engineering. Juggling both her job in the dean’s office and caring for the couple’s newborn, Lois financially supported her young family while her husband pursued his degree. In 1958, the couple moved to Ashland, where they remained for 62 years, raising five children and nine grandchildren. Lois worked at Shawmut Bank in Framingham until her retirement.

After retiring, Lois indulged her passions of knitting and crocheting, spending time at the family’s camp in Shapleigh, ME where she played cards and Scrabble, completed puzzles, and read.

She was also known to dote on the many animals that joined the family over the years. Lois was a longtime member of the Rebecca’s Lodge in Medway, leader of boy and girl scouts troops, and was involved in her church of many years, St. Andrew’s Church, particularly as a member of the altar guild.

Her avid interest in genealogy research brought Lois overseas to England, a country she dearly loved, to visit family and conduct research, always returning with a trinket or two for her grandchildren.

Lois will be remembered for her love of family and endless resilience, overcoming the loss of her biological mother when she was just five years old, the premature death of one of her children, William (1960-1964), conquering multiple bouts with cancer, and steadfastly battling COVID-19.

She spoke softly, but her words carried incredible weight as she persistently encouraged her children and grandchildren to pursue their aspirations and achieve their goals.

A memorial service in her memory will be held at a later date. 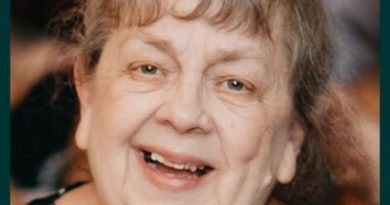 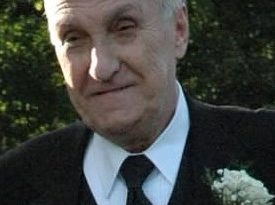 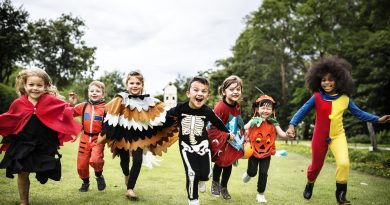