BOSTON – In ongoing efforts to combat fraud in the home health industry, Attorney General Maura Healey announced today, December 18, that her office reached a $10 million settlement with a Lawrence-based home health care company and its owner to resolve allegations that they falsely billed the state’s Medicaid Program (MassHealth) for unauthorized services.

Since 2016, the AG’s Office has returned more than $40 million to the MassHealth program by going after fraud in the home health industry.

Pursuant to a settlement agreement with the AG’s Office, Maestro-Connections Health Systems, LLC (Maestro) and CEO George Kiongera will pay $10 million to resolve allegations that, from January 2014 through August 2019, they knowingly submitted false claims to MassHealth and MassHealth managed care entities for home health services that had not been appropriately authorized by a physician. Maestro has locations in Lawrence, Auburn, Athol, Framingham, Taunton, Holyoke, and Lynn.

“Companies like Maestro that defraud MassHealth take vital resources away from the program and the people who need them most,” said AG Healey. “Since 2016, my office has recovered $40 million for MassHealth by combating fraud, waste, and abuse in the home health industry. Our work continues to ensure health care dollars are spent appropriately.”

“The submission of false claims to the MassHealth program drains resources from legitimate patient care,” said Phillip M. Coyne, Special Agent in Charge, Office of the Inspector General of the U.S. Department of Health and Human Service’s Boston Regional Office. “I appreciate the partnership with the Medicaid Fraud Division of the Massachusetts Attorney General’s Office in holding accountable those that seek to exploit this vital taxpayer-funded program.”

To bill MassHealth for home health services, a provider must ensure that the member’s physician has reviewed and signed a plan of care certifying that home health services are medically necessary. Home health agencies are required to maintain these records for at least six years after the medical services are provided and claims have been presented for payment. The AG’s Office alleges that Maestro billed for services for which it did not have valid, signed plans of care certifying that those services were medically necessary.

In addition to the financial payment, the settlement also includes a requirement that Maestro not resume providing services to MassHealth members until it has hired an independent compliance monitor to oversee a three-year compliance program. That program will include updated policies and procedures, new training for staff, and yearly audits conducted by the monitor.

In a November 2017 settlement with the AG’s Fair Labor Division, Maestro and Kiongera agreed to pay more than $1 million in restitution and penalties after failing to pay overtime to more than 600 home health aides and failing to keep accurate payroll records.

Today’s settlement is part of a larger effort by AG Healey and MassHealth to combat fraud in the home health industry. Since 2016, the AG’s office has successfully prosecuted three home health agencies and their owners and settled civilly with eight home health agencies. In October 2020, Altranais Home Care of Lowell paid $3.1 million to resolve allegations that it falsely billed MassHealth for unauthorized services. In April 2019, Avenue and Amigos Home Care paid a combined $10 million to resolve allegations of similar false billing, and in August 2019, Guardian Healthcare paid $1.95 million to resolve similar allegations. In May 2019 and August 2018, juries convicted owners of home health care agencies in connection with other schemes to defraud MassHealth. In December 2019, another home health agency, Petra Healthcare, LLC, and its co-owners, were indicted in connection with a scheme to exploit transient individuals in a housing-for-services kickback scheme.

In addition to this significant civil and criminal enforcement work, AG Healey’s Medicaid Fraud Division has worked with MassHealth to implement regulatory and policy changes aimed at detecting and preventing fraud, waste and abuse in home health services. In February 2016, MassHealth imposed a moratorium on new home health providers and adopted regulations requiring providers to obtain “prior authorization” before seeking payment from MassHealth for certain home health services. MassHealth also created a specific medication management code and adopted reduced payment rates when caregivers visit multiple members at the same site and treat members for longer periods of time. AG Healey’s Medicaid Fraud Division has worked with MassHealth to educate stakeholders in the community to better identify and prevent common fraud schemes in this area. Since 2016, MassHealth spending on home health services has decreased by more than 50 percent, resulting in more than $400 million in estimated savings to the Commonwealth.

This matter was handled by Managing Attorney Kevin Lownds and Senior Healthcare Fraud Investigator Shelby Stephens, both of the AG’s Medicaid Fraud Division, with substantial assistance from MassHealth, the U.S. Department of Health and Human Services, Office of the Inspector General, the Massachusetts State Police assigned to the AG’s Office, and the AG’s Digital Evidence Lab. The Medicaid Fraud Division receives 75 percent of its funding from the U.S. Department of Health and Human Services under a grant award. The remaining 25 percent is funded by the Commonwealth of Massachusetts. 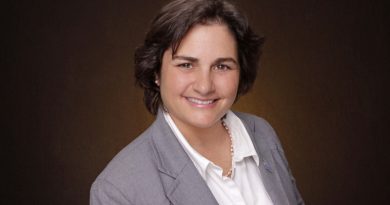 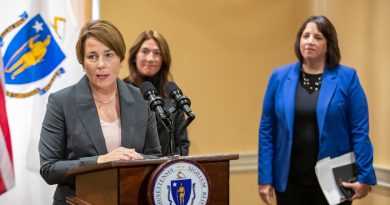 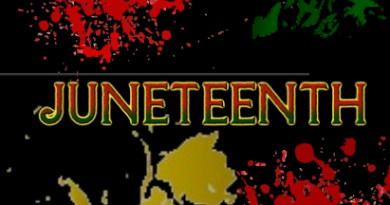