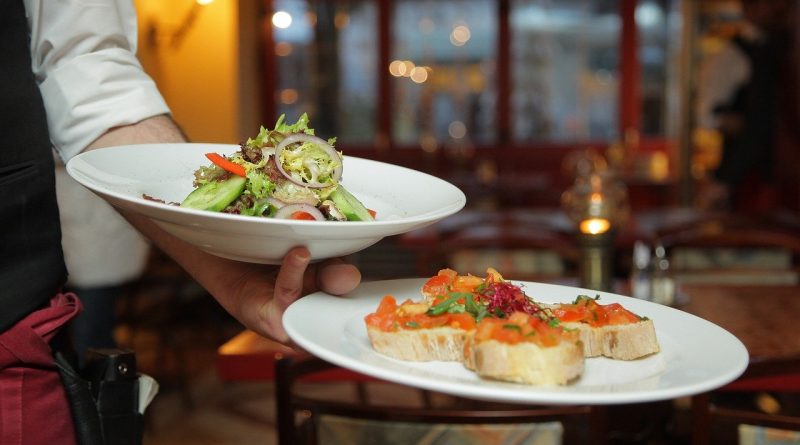 FRAMINGHAM – Restaurants have been one of the hardest hit industries during the pandemic. We need to look at a typical restaurant’s financials to examine the magnitude. After reviewing the financials, it will be easy to conclude that more support is needed beyond another round of PPP funding. When researching the restaurant industry there are many sources which can be used to breakout costs as a percentage of sales. Regardless of where you place costs, data indicates that profit remaining for owners is anywhere between 3-8% and owners make between $30,000 to $150,000 annually for themselves.

Under the best of scenarios, even the most profitable restaurants will not be able to continue for much longer. Let us look at an example. Below is a sample P&L for a restaurant (pre-COVID):

If a business applied for PPP funding in the spring and was approved, they received government funding which equated to 10 weeks of payroll. In sample above this equates to $80,000 which needed to be used to keep employees on the payroll and some could be used for rent, and utilities (all of which is
not tax deductible under the current law).

Let us assume that since March the most a restaurant could bring in for revenue was 50% of their previous sales given the restrictions placed on capacity. Keeping in mind that you needed to maintain payroll to have the $80,000 PPP loan forgiven. Your new P&L would look like:

The situation shown above is not sustainable! This restaurant owner would be losing $30,000 per month. Many restaurant owners found themselves in an extremely difficult situation after their PPP funding ran out. Many also dipped into their personal savings or retirement accounts. Once these means of staying afloat had been exhausted, the next step was to layoff workers they had kept on the payroll.

As of October, restaurant employment was down by 2.1 million jobs in comparison to pre-COVID levels. Will another $80,000 PPP loan be able to sustain a business that is running at a $340,000 annual loss as in the sample above? The answer is no.

Even if the restaurant owner did not have to keep people on the payroll to have a new $80,000 loan forgiven, the restaurant would still be running at a loss with reduced payroll. Cutting payroll in half still results in an annual loss of $120,000 for the sample restaurant we highlighted. The situation is not only extreme for our sample restaurant, but for most real restaurants. If they are not out of cash now, they will be in upcoming months.

Beyond the impact for restaurant owners, let us look at the additional 2.1 million people who are currently unemployed in this industry. Many of the formerly employed workers are from underrepresented populations and were earning low salaries. They represent a significant component of individuals who are new to requiring food and rental assistance. Our communities have stepped up to attempt to fill the need in these areas, but the demand will keep growing.

Even restaurants with better cash flow situations than the sample company noted are operating at losses. No business can continue to operate at a loss. Some former restaurant owners are now looking for food and rental assistance for themselves. Reports show that November was the highest month of the year for eviction claims in Massachusetts. Similar scenarios are playing out throughout the country.

Let us not fool ourselves into thinking that another round of PPP funding will solve the problems for restaurants or other businesses who rely on foot traffic for revenue. It will help the restaurant a little if they receive a new PPP loan and are not required to bring back employees. Of course, this scenario does nothing to help individuals who would remain unemployed. If restaurants bring back employees and receive PPP funding, they will be in the same cash flow situation they were before receiving the funding.

Restaurants will continue to lose money either way and continue to be in a situation which is not sustainable.

Think about what restaurants and other businesses which rely on foot traffic (retailers, hotels etc.) mean to our community. Look at Framingham. What would living in Framingham be like if we did not have a vibrant downtown area or if the restaurants and malls along Route 9 became shuttered. Our business segments which are doing well (like Life Sciences) will still be attempting to attract new employees who would want to live in the area. Would they want to live in the area when so many of their options for activities outside of work were shuttered?

There is not a business or an individual who could survive on 50% of the income they typically make for long. For people who have been able to maintain their employment because they work in an industry that sustained through COVID, the graveness of the situation for restaurants and their employees may be hard to grasp. Their organizations have not been restricted in the amount of revenue which could be earned.

Restaurants and other industries which rely on foot traffic will be affected for some time. We have good news related to the vaccine and it looks like in early summer the vaccine will be available to all Americans. The good news for restaurants will be when restrictions are lifted, and they can operate at 100% capacity. Under the best of scenarios, this would happen in late summer or early fall which will not prevent the devastation anticipated for restaurant owners and the individuals who were employed there in upcoming moths.

It is time for a reality check for our elected officials to recognize that much more is needed for restaurants and other industries which rely on foot traffic than only another round of stimulus. 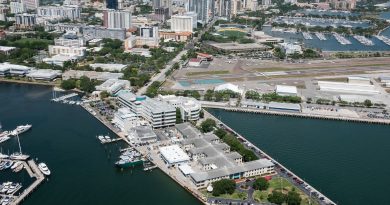 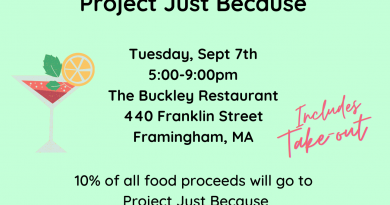 Fundraiser For Project Just Because at The Buckley Tuesday 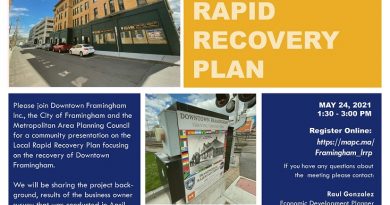