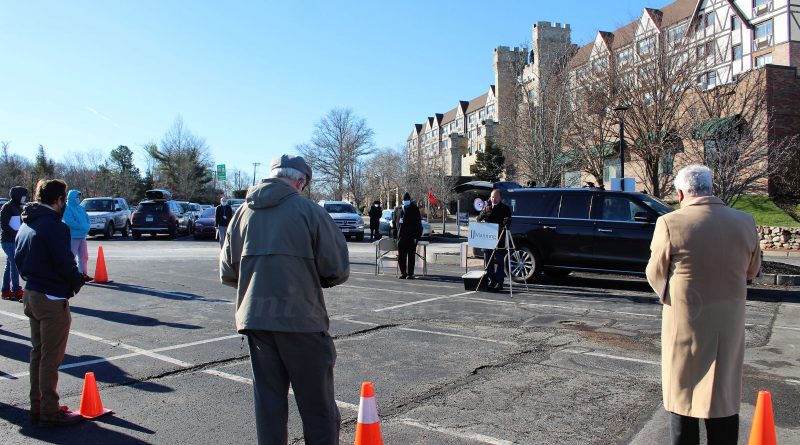 FRAMINGHAM – The Sheraton Hotel & Conference Center was auctioned off this morning, December 15.

The winning bid was $15 million by People’s United Bank, which owns the first mortgage on the  34,376-square-foot property, located off the Mass Pike on Route 9 in Framingham.

“It was a buy-back by the mortgager,” explained JJ Manning Auctioneers President Justin Manning.

Bidding started at $10 million, and the $15 million bid was reached within minutes.

The City of Framingham has assessed the property at $33 million.

There is an outstanding water & sewer bill of almost $50,000 on the property.

Manning said the winning bidder has several options, including keeping the property as a hotel & conference center.

The hospitality industry has been hit hard in 2020 due to the pandemic.

The auction drew a sizeable crowd, but due to the governor’s guidelines only the bidders, spaced apart by cones and all wearing masks, the auction company, and the media were allowed to be in the parking lot. Every one else was asked to sit in their vehicles and listen to the auction live, to adhere to the COVID-19 restrictions in the Commonwealth.

Eversource Has Restored More Than 125,000 Customers Without Power Due To Tropical Storm Isaias 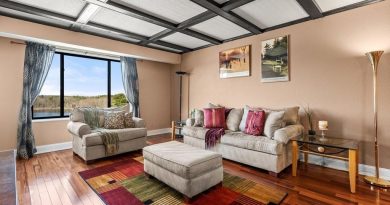 Condo of the Week: Single Bedroom at Chapel Hill in Framingham Priced at $280,000