These service changes help match service levels with current and near-term low ridership demand and are for FY21 only, which ends on June 30, 2021, as service levels for FY22 will be planned during the budget process this spring.

Given the importance of adjusting base service levels for the current fiscal year, while ridership continues to remain low relative to the amount of service being provided, the MBTA is accelerating adjustments so that new commuter rail and ferry schedules can be implemented in January and new bus and rapid transit schedules can be implemented in March.

For a full and complete listing of all upcoming changes in service, including all changes to bus routes, please visit www.mbta.com/ForgingAhead.

“We appreciate the thousands of public comments we received and have incorporated this feedback into our planning efforts. We recognize the importance of adjusting service levels now while ridership demand is low, so that we can use the savings to increase service frequency when it is needed. These changes in service levels have also been designed to minimize impacts on current transit-critical travelers, meaning that changes in rapid transit frequency, for example, will mean that individuals are waiting only an additional ninety seconds for a train,” said MBTA General Manager Steve Poftak. “The service changes approved today will align capacity with ridership demands during Fiscal Year 2021, which ends on June 30, 2021, and we will continue to analyze ridership and other factors including the economic reopening and vaccine distribution as we plan for Fiscal Year 2022 service levels during our budget process this spring.”

“Today’s action by the FMCB ensures that the MBTA will provide more than enough service to meet the needs of transit riders this winter and spring,” said Transportation Secretary and CEO Stephanie Pollack. “The resulting savings can be reinvested later, when warranted by durable ridership and consistent with the timing of the post-vaccine economic reopening.”

As a result of the decline in ridership that is similarly impacting transit agencies across the country, the MBTA continues to only transport 330,000 trips on an average weekday, but operates the same high levels of service as it ran to serve 1.26 million daily trips prior to the pandemic – an unsustainable level of service delivery. Since November 9, when the MBTA first announced the Forging Ahead service changes proposals, there has been no significant increase in ridership, and on many modes, ridership has decreased.

For a full and complete listing of all upcoming changes in service, including all changes to bus routes, please visit www.mbta.com/ForgingAhead.

The service changes approved today will not go into effect immediately, but the implementation schedule is being accelerated due to near-term low ridership. Some service changes on the Commuter Rail and ferry will take place as early as January 2021 and additional changes to Commuter Rail service will also be made in March/April 2021.

Changes to rapid transit and bus service will take place in phases with some changes made in March/April 2021 and others taking effect in June/July 2021. Director Monica Tibbits-Nutt offered an amendment to the Service Level vote that required the FMCB to assess the need for additional service to meet ridership demand by no later than March 15, 2021 and, if feasible, allocate additional resources to meet that demand. That amendment was accepted in the final proposal.

The original service change proposals were released on November 9 and were followed by a comprehensive public engagement process that included a series of virtual public meetings, a public hearing, a team of Community Liaisons who virtually met directly with stakeholder groups and riders, and an online comment form for customers to voice their thoughts with the T. The MBTA is greatly appreciative to those who contributed to over 6,700 comments that were received during this public engagement period – 3,839 comments from the online form, 407 comments from the official public meetings, 179 comments from community meetings, and over 1,400 emails representing over 800 individuals and sixty organization letters.

Consistent with feedback from the public and stakeholders, the Base Service proposal was expanded to preserve additional services, and access and span were prioritized.

Changes in service and when these changes will take effect are below:

o   Partial weekend service will operate with reduced frequency on high ridership and transit critical lines that include the Worcester, Providence, Newburyport/Rockport, Middleborough, and Fairmount Lines. Weekend service will be suspended on all other lines due to low ridership.

o   Weekday schedules will be adjusted to optimize service span.

o   MBTA staff will return to the FMCB in January 2021 after further analysis and to outline updated weekday schedule proposals.

o   Five (out of 141) stations will close based on low ridership, operational impacts, and availability of alternatives.

o   Cedar Park Station, which was proposed to close in the previous service change proposals, will continue to be served.

o   Charlestown and Hingham direct service will be suspended.

o   With changes being made to the area and hours of operation of fixed route services, some RIDE trips will become “premium trips,” though RIDE service boundaries would not change.

o   Some trips will be able to be booked forty minutes from request time instead of the current thirty minutes.

The timing of service restoration will depend on public health guidance (including guidance on the continued need for social distancing) and the timing of the Commonwealth’s post-vaccination re-opening plan. The MBTA continues to discuss how the MBTA will re-add, rebuild, and increase service with planning scenarios continuing to be refined and revised as necessary. Ridership will be monitored with MBTA staff returning to the FMCB every month to show where ridership stands compared to the scenarios. Other data sources will also be monitored, including passenger surveys, employer surveys, roadway data, general travel data, and economic recovery planning. FY22 service levels will be planned beginning in February/March 2021 as part of FY22 budget process.

Three members of the FMCB also amended the vote laying out Fiscal Year 2021 base service levels with language delaying any fare increase until the overall level of service provided on the bus and rapid transit service returned to the levels of fall 2019. The FMCB had previously postponed any fare increase until Fiscal Year 2022. With these amendments, the FMCB voted 3-2 to authorize the proposed changes in Base Service levels. 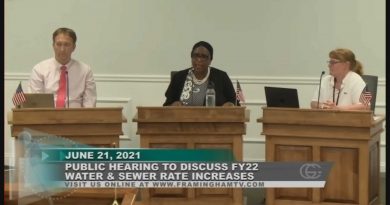 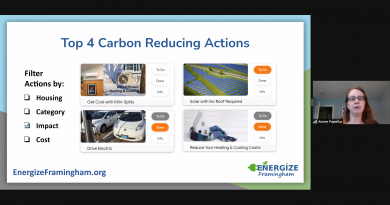 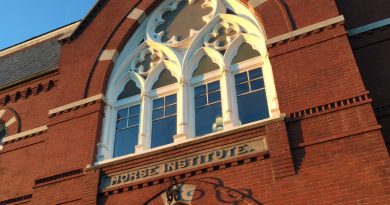