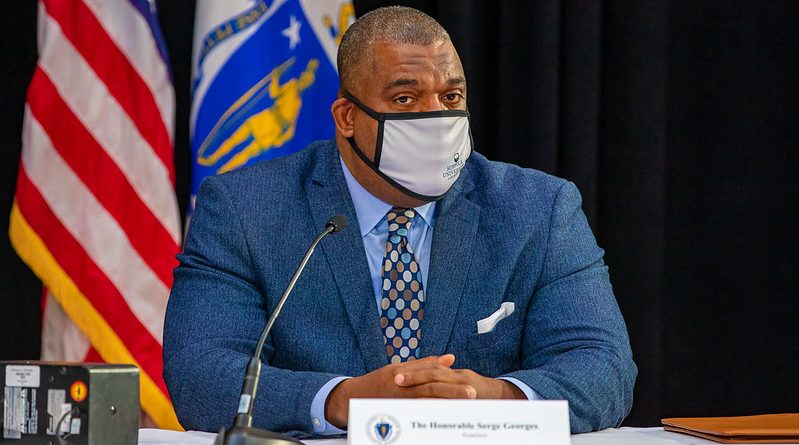 Portion of this report are from a press release

he was nominated by Gov. Charlie Baker in November.

“Judge Serge Georges, Jr. is a talented and highly distinguished jurist who has demonstrated his tremendous legal acumen and compassion throughout his career serving on the district court, the drug court and in private practice, and I look forward to the unique perspective he will bring to the Supreme Judicial Court,” said Governor Charlie Baker. “I congratulate Judge Georges on his unanimous confirmation, and am thankful to the members of the Governor’s Council for their advice and consent during this process.”

“I am honored to congratulate Judge Serge Georges, Jr. on his unanimous confirmation to the Supreme Judicial Court, and am confident that his real world experience and wide range of expertise will be a valuable addition to the Commonwealth’s highest court,” said Lt. Governor Karyn Polito. “I am grateful to my colleagues on the Governor’s Council for their careful consideration of Judge Georges and each of our nominees to the Supreme Judicial Court.”

Judge Serge Georges serves as an Associate Justice of the Boston Municipal Court. He had a successful and diverse career as an experienced litigator prior to his appointment to the bench in 2013 by Governor Deval Patrick. Directly prior to his appointment, he managed his own successful solo practice concentrating in commercial and business litigation, criminal defense, and matters involving professional licensure and liability.

Prior to establishing his solo practice, Georges was a partner at Barron & Stadfeld, P.C., the Managing Director for Major, Lindsey & Africa, LLC, and an associate at both Todd & Weld and Rackemann, Sawyer & Brewster. He served on multiple boards during his legal career, including the Board of Governors of the Massachusetts Academy of Trial Lawyers, and he was the President of the Massachusetts Black Lawyers Association in 2013.

In his role as Associate Justice of the Boston Municipal Court, over the last seven years, he has had jurisdiction over both criminal and civil matters, including housing matters, mental health hearings, restraining orders and small claims and civil litigation cases. Judge Georges sits in the Dorchester Division of the Boston Municipal Court, one of the most active and busiest urban courts in the Commonwealth.

From 2014 to 2018, Judge Georges presided over the Dorchester Drug Court. The Dorchester Drug Court is a multidivisional team working with community providers, representatives from Suffolk Lawyers for Justice and the Suffolk County District Attorney’s Office to offer treatment options to those whose addictions have led them into the criminal justice system.

Judge Georges graduated from Boston College in 1992, and from Suffolk University Law School in 1996, where he has served as an adjunct professor for the past twenty years. At Suffolk Law he teaches courses in Professional Responsibility, Evidence and Trial Advocacy.

He attended Boston College High School and currently serves as vice-chair of the Board of Trustees for BC High, and remains involved with the school. In January of this year, BC High awarded Judge Georges The James E Cotter ’55 Courage Award. This award is presented to a member of the BC High Community in recognition of courage in the face of adversity, tenacious spirit and force of will.

He grew up in Kane Square, in Dorchester, and currently resides in Randolph with his wife Michelle and his two daughters, Olivia and Samantha. 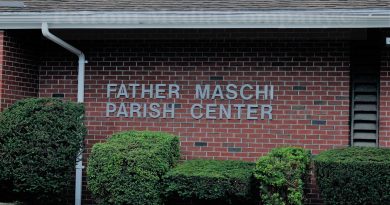 Sen. Warren To SEC Chair Clayton: ‘You Have Done Nothing To Protect the Economy From Climate Change Risks’