BOSTON – Massachusetts Attorney General Maura Healey announced today, October 20, her office has sued a national addiction treatment center chain for submitting millions of dollars in false claims to the state’s Medicaid program, known as MassHealth, for urine drug tests that were medically unnecessary and violated federal and state self-referral laws because they were performed at the company’s own laboratory.

“This company’s business model was to illegally profit by cheating our state Medicaid program, which provides vital health care resources to some of our most vulnerable residents,” said AG Healey. “We will take legal action against this kind of misconduct in order to recover funds for our state and protect the integrity of MassHealth.”

CleanSlate was based in Northampton before it relocated its headquarters to Tennessee. The company owns and operates many office-based opioid treatment centers in Massachusetts and around the country, where individuals receive medication-assisted treatment for substance use disorders. Locations in Massachusetts include Athol, Boston, Falmouth, West Springfield, and Worcester. CleanSlate also owns and operates an independent clinical laboratory in Holyoke where it performs tests of clinical specimens for its patients.

The AG’s lawsuit alleges that CleanSlate required patients, depending on their stage of treatment, to submit to a variety of qualitative and quantitative urine drug tests, some of which were medically unnecessary. The AG’s Office also alleges that CleanSlate and Dr. Wilson caused false claims to be submitted to MassHealth and its contracted managed care entities for these unneeded tests, which violate medical necessity requirements under MassHealth regulations.

The AG’s complaint also alleges that the company’s policies, which directed clinicians at CleanSlate to refer laboratory work to its own Holyoke laboratory, violate federal and state self-referral statutes. Dr. Wilson owned both the clinic and lab in Massachusetts and developed the policies directing the self-referrals.

These allegations were originally made in a case filed in April 2017 under the whistleblower (or qui tam) provision of the False Claims Act. The act permits private parties to sue for fraud on behalf of the government, and it also permits federal and state governments to intervene in such actions, as Massachusetts has done in this case, which is captioned U.S. et al. ex rel. Wendy Welch v. CleanSlate Centers, Inc., et al.;Civil Action No. 17-CV-30038-MGM (D. Mass.).

This matter is being handled by Managing Attorney Kevin Lownds, Assistant Attorney General Gregoire Ucuz, Senior Healthcare Fraud Investigator Steven Pfister, and Investigator William Welsh, all of the AG’s Medicaid Fraud Division, with substantial assistance from the U.S. Department of Health and Human Services, Office of the Inspector General. 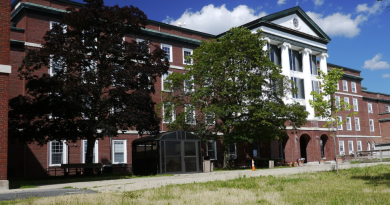